KEVNPHE are two young men who came to Wesleyan and have had the opportunity to turn their hobby into something serious. Kevin Bridgeforth and Greg Montgomery met through mutual friends before they attended college. They share a passion for music and have furthered their experience in the field.
When it comes to the creativity aspect, KEVNPHE share interests throughout the writing process. Each song stems from something deeper.
“We need to have a reason [meaning] to write; our inspiration also comes from beats within the industry,” said Bridgeforth.
Once they have been inspired, they begin to put the words to the beats as they are continuing to use their learned techniques to the best of their ability.
“When creating a song, we simply sit down and write together; we write to the beats of tracks which have inspired us,” said Bridgeforth.
Before each performance, they have warm-ups that get them pumped for the set ahead of them. In terms of preparation, they both listen to 90 percent of the music together. They also have individual routines which help them to prepare.
“Before each show, I always like to pray,” said Montgomery.
“I like to eat and do 50 push-ups before a show,” said Bridgeforth.
Performing in front of an audience causes a rush of many emotions; it is when all of the practicing and recording begins to make a difference.
“Being in front of an audience is a great feeling; it is definitely comfortable,” said Bridgeforth.
“It is a chance for us to get away from real life and it feels like it is just [us] up there on the stage,” said Montgomery.
There are many perks that stem from performing for an audience. KEVNPHE have had the opportunity to record in studios of their friends’ houses as well as professional places that are well-known in the industry.
While it is great to make music and work with one another on projects they are both passionate about, Bridgeforth and Montgomery agree the best part is actually being able to experience the transition of a song from the booth of a recording studio to the live performance on a stage.
Both performers love to see support from their friends and new spectators within the audience. It is one of the most exciting parts of performing for the group.
“I love watching the reaction of a new audience members; we love gaining new listeners as well as having friends and new people take in the set,” said Montgomery.
Their next performance is at the Iguana on 37th Street in Norfolk on Nov. 20 at 8 p.m.
You can listen to the group’s music on SoundCloud’s website and also keep up with the band by following them on twitter. 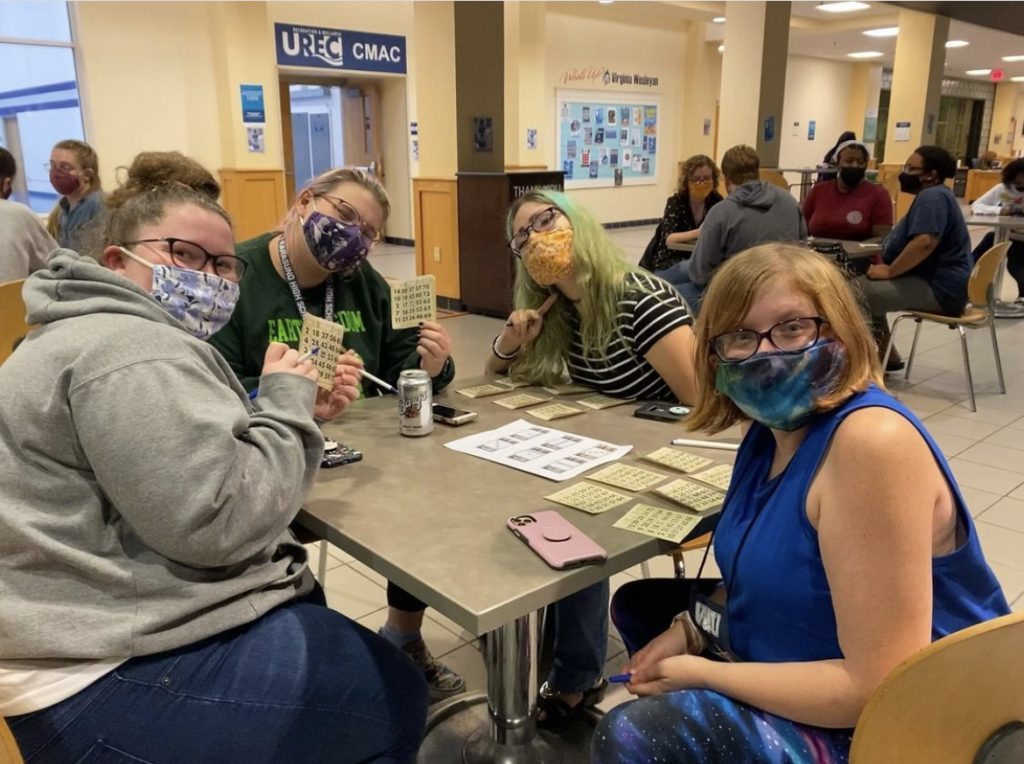