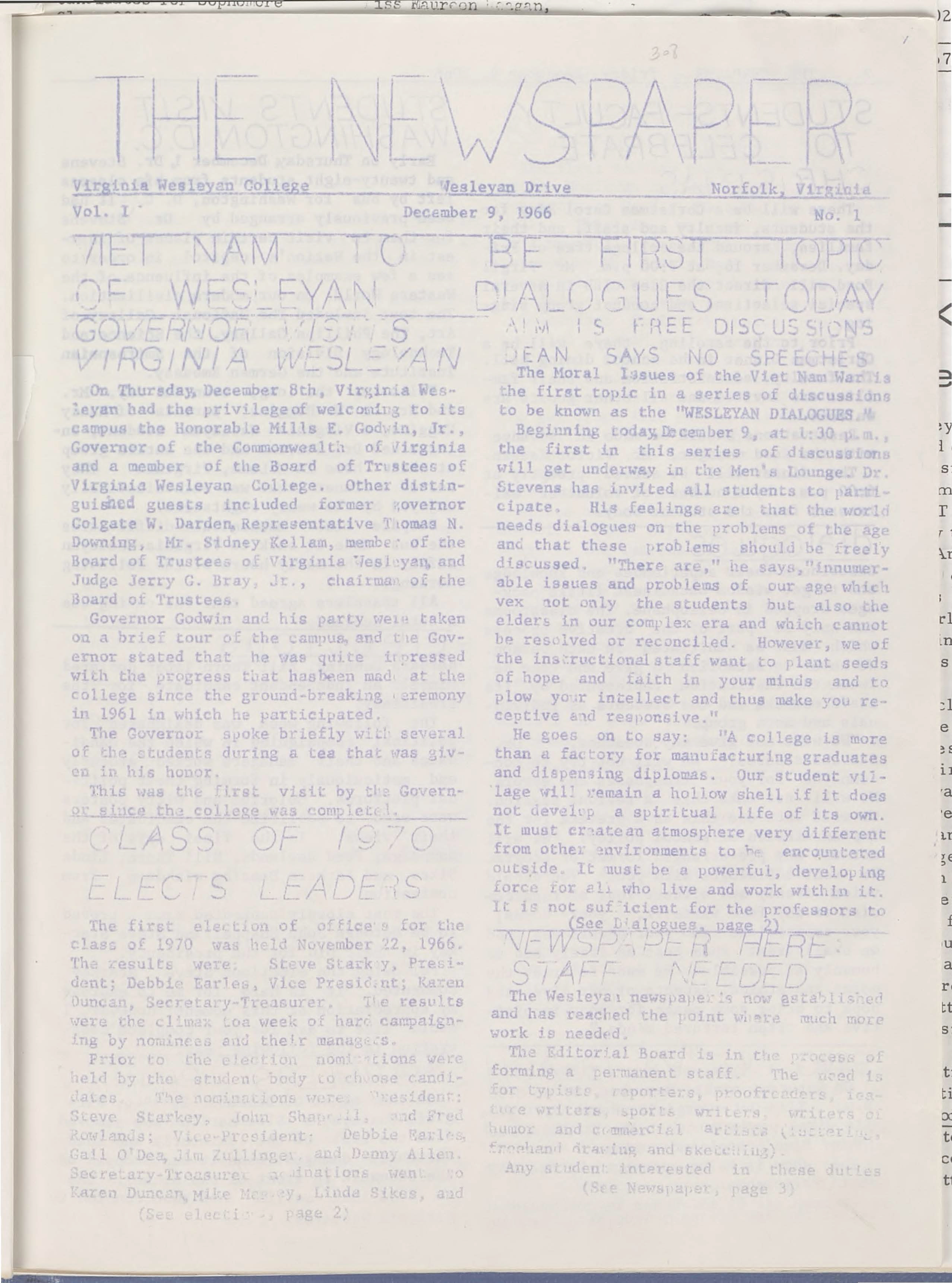 With the printing of the last issue of the Marlin Chronicle for the 2016-2017 academic year, the library has added old Marlin Chronicle issues to the school’s list of online archives. The very first issue was printed in December 9, 1966. In those days it was just called “The Newspaper.” It had no pictures and the headlines look as though they were hand-written.

In the 51 years that it has been in print, the name has changed five times. It was called The Newspaper, The Village Voice, Transcript, Crosswinds and finally it was named The Marlin Chronicle on October 18, 1982.

Since its first printing, no matter what its name was, it provided Virginia Wesleyan College with quality reporting on both local and national news.