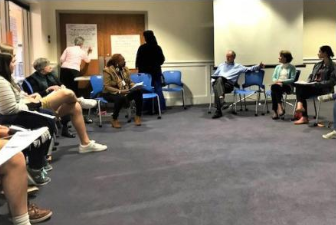 The growing trend of mass shootings in America has presented the American people with a debate over how to solve this crisis. There is no universally accepted definition of a public mass shooting, and this piece defines it narrowly. The Washington Post has created a research article titled, “The terrible numbers that grow with each mass shooting,” that looks at 175 shootings in which four or more people were killed by a lone shooter (two shooters in a few cases). The total number of people who were killed, which is 1,242, came from nearly every age, race, religion and socioeconomic background. In addition, thousands of survivors were left with devastating injuries, shattered families and psychological scars.

This crisis has directly affected the Virginia Beach community nearly a year ago at the Virginia Beach municipal complex shooting on May 31, 2019 where 13 died and five were injured. To develop an understanding of this issue, the Center for the Study of Religious Freedom’s Nexus Interfaith Dialogue series uses the deliberative dialogue format supported by the Kettering Foundation to explore this crucial issue for our country. The deliberative dialogue used in this setting was participatory and conducted in small groups that were facilitated by trained moderators.

This event titled, “How Should We Prevent Mass Shootings in Our Communities?” was sponsored in partnership with the Virginia Center for Inclusive Communities (VCIC) and Hands United Building Bridges (HUBB). Its goal was to discuss the wicked problem of mass shootings by hearing from other people’s perspectives in a calm atmosphere. It began with a presentation of data in an unbiased manner to introduce information such as laws, history of mass shootings and gun violence statistics. Then, attendees were split up into three smaller groups to discuss the subject.

Moderators Ofelia Wattley and Kay Flohre, who were volunteers and members of the community, led one group and Wattley began with laying out the ground rules. These guidelines were centered on the idea of listening to others respectfully and seeking to understand those who you disagree with. Wattley stated, “All are encouraged to be open and be open to other opinions, and share and appreciate another point-of-view.”

Next, each attendee sat in a circle facing toward each other and explained their personal stake, or why they decided to come to this event. After, the moderators presented option one in the packet that was given out, which stated: “Make mass killings more difficult by increasing government regulation, but the drawback is that it gives the government extraordinary control.” Several people commented on one of the proposed actions of this option, which is the passage of “red flag” laws that allow police to take firearms away from people who are a threat to themselves or others. They critiqued this action by bringing up the point that firearms would be confiscated unfairly from some people.

Option two stated: “Equip people to defend themselves, with the main drawback being an increase in armed guards in public spaces would create the atmosphere of a police state.” The idea of arming teachers in schools received unanimous criticism because people stated how adults make mistakes too and that additional responsibility would do more harm than good.

Then option three, which stated: “Root out violence and hate in society with the drawback that it could restrict freedom of speech.” The participants agreed that placing an emphasis on the victims instead of the shooter would result in discouraging mass shootings.

Freshman Charlotte Weinstein was a part of this group and thought the event went extremely well. “I felt that we had a really healthy discussion and everyone was open to others’ opinions. My favorite part was hearing from people who were not students. We had two security guards present at the forum, so it was great to hear a perspective different from my own,” Weinstein said.

Her main takeaway is that diverse viewpoints can help drive the conversation to solving this crisis and that common ground does exist. “Adding all of the mindsets to the dialogue will help us all reach a better understanding and create an action plan that takes into consideration all stakeholders,” Weinstein said. “This conversation helped me to realize that we need to stress the importance of guidance counselors and trusted teachers in schools. These people have such an impact on the life of a student that they have the power to influence them greatly. Rather than believing that they are primarily focused on academics and college admissions, counselors should be seen as a healthy outlet to help students through issues.”

Associate Director of the Center for the Study of Religious Freedom Kelly T. Jackson hosted this event with Dr. Craig Wansink. They have participated in a research exchange with the Kettering Foundation, which does the research for this kind of dialogue and the National Issues Forum and thought it was time to try the format in our community.

Jackson’s goal was to get students and community members to participate and hear from each other. “I think it was a success that people came … and I think it could be a very valuable tool for our community. One attendee said that we were very nice. In some other venues, people are not as nice, like at city council meetings,” Jackson said. “I think this format lends itself to encourage people to be more civil and when you think about city council meetings are not designed in a way that makes space for that civil dialogue. It’s more of a debate with opposing sides and I think this format is beautiful.”

In relation to the topic of mass shootings, Jackson believes discussing the three different options was beneficial. “Usually you identify with one of the options a bit more than the other two, but it encourages you to also think about the trade-offs for that option because there are no perfect solutions to any problem,” Jackson said.

The next deliberative dialogue event hosted by Jackson and Wansink will be on Monday, Apr. 20 at 7 p.m. in Pearce Suite in the Jane P. Batten Student Center. The topic is titled, “Coming to America: Whom Should We Welcome, What Should We Do?” 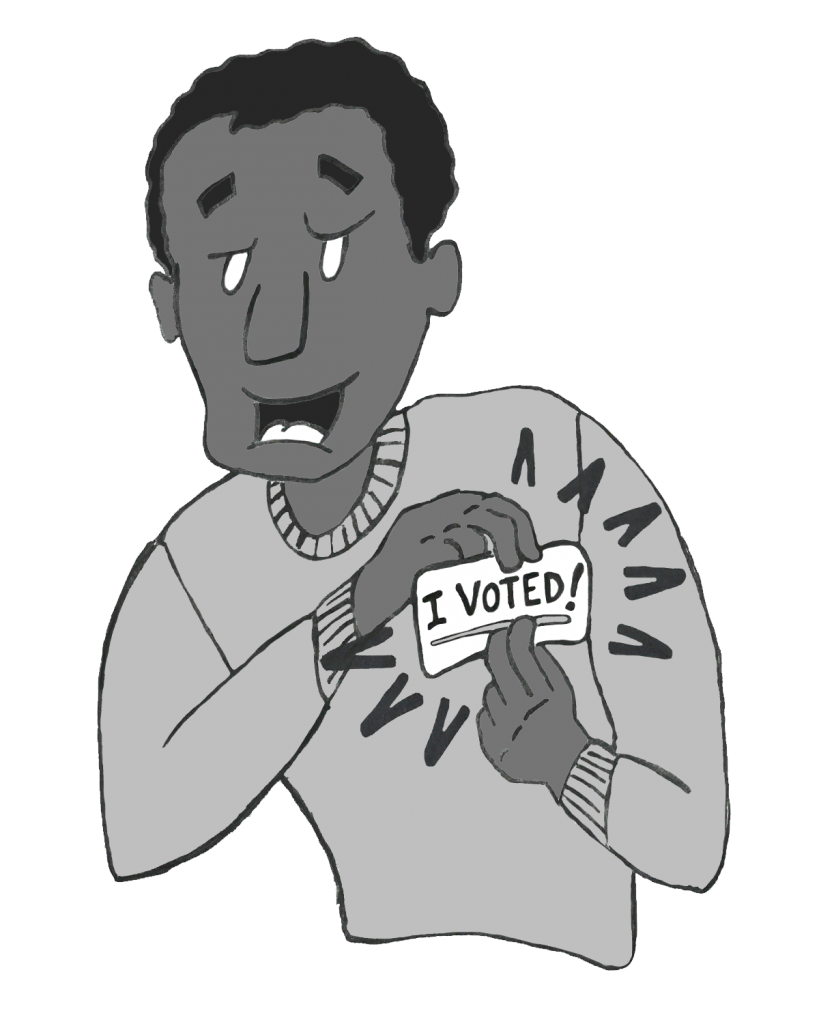