According to an alert sent out by neighboring institution Old Dominion University (ODU), during the week of March 9, a student was diagnosed with bacterial meningitis.

Bacterial meningitis is the most common form of meningitis, an infection of the membranes surrounding the brain and spinal cord, and has the potential to be life-threatening. The infection is most commonly contracted from the environment but can also be found in your nose and respiratory system.

In the case of the ODU student, he or she contracted the bacteria while out of town during spring break. In some cases, meningitis occurs for no reason. However, oftentimes it occurs after a head injury or following an infection that has weakened the immune system. Whether or not the incident occurred after one of these circumstances is unknown.

“It was during our spring break when everything occurred. We were informed. They sent out detailed emails explaining the situation and the precautions that were being taken. The school also provided us with link and resources to further our knowledge of the disease,” Jazmyn Perkinson, a junior at ODU, said.

In response to the incident, the Virginia Department of Health contacted the five individuals who had come in contact with the student to begin precautionary treatment and stave off the infection. The University’s medical director of student health services believed the threat to be minimal and that there was no danger to the ODU community as a result of the situation.

The VWC campus shares many undertakings with ODU such as the frequent visits from the ROTC program and the pre-engineering program where students from VWC complete certain courses at ODU. The two institutions even share athletic events and exhibitions. The short proximity and life-threatening nature of the bacteria raised multiple questions for the Virginia Wesleyan College community.

“We share so many campus-wide activities with Old Dominion University. I know, for one, that our engineering program is linked with their school. I was nervous that somehow our campus could possibly be affected. I was also allowed to sign a waiver stating I did not have to get a meningitis shot in order to attend school,” Jessica Lindsay, a sophomore at Virginia Wesleyan College, said.

According to the Center for Disease Control and Prevention (CDC), meningitis is not typically transmitted by routine or casual contact, making it difficult to be transmitted from person to person and, by extension, from campus to campus. It is typically transmitted through saliva or prolonged close contact with an infected person. The CDC recommends that all college students get immunized against the disease before starting college. Virginia law requires people age 16 or older to be immunized, but some students and staff of Virginia Wesleyan College can decline the immunization. The shot is also noted to not be 100% effective, but can definitely decrease the chances of contracting the disease.

“We have not had any cases on campus of meningitis. Most of our students have been immunized against meningitis, for those who don’t, they have an option to sign a waiver if they do not want to get immunized, but because all students are required to turn in their immunization records, we have a better way of tracking whether or not someone has it,” Valerie Covington, director of health services, said.

The Virginia Wesleyan College campus has not required any extra safety precautions regarding the disease and was not formally notified of the event but were fully aware of the incident and the nature of it. However, if necessary, the college requires certain procedures to ensure the safety of every student on campus.

“It is important that students get the meningitis immunization. It covers you for the four to five years you are in college, and it is a horrible disease to contract. They are now introducing shots to cover the newest strain B of meningitis. Students should make sure they receive the shot to ensure they do not contract the disease,” Covington said.

Following the emails to the student body, the status of the Old Dominion University student was unknown and not released to the students. The main students in contact with the individual were contacted and told to begin treatment in order to prevent the disease from developing.

“Personally, I do not know the status of the individual, but I’m sure the university is fully aware. However, they did not send any type of follow-up information,” Perkinson said. 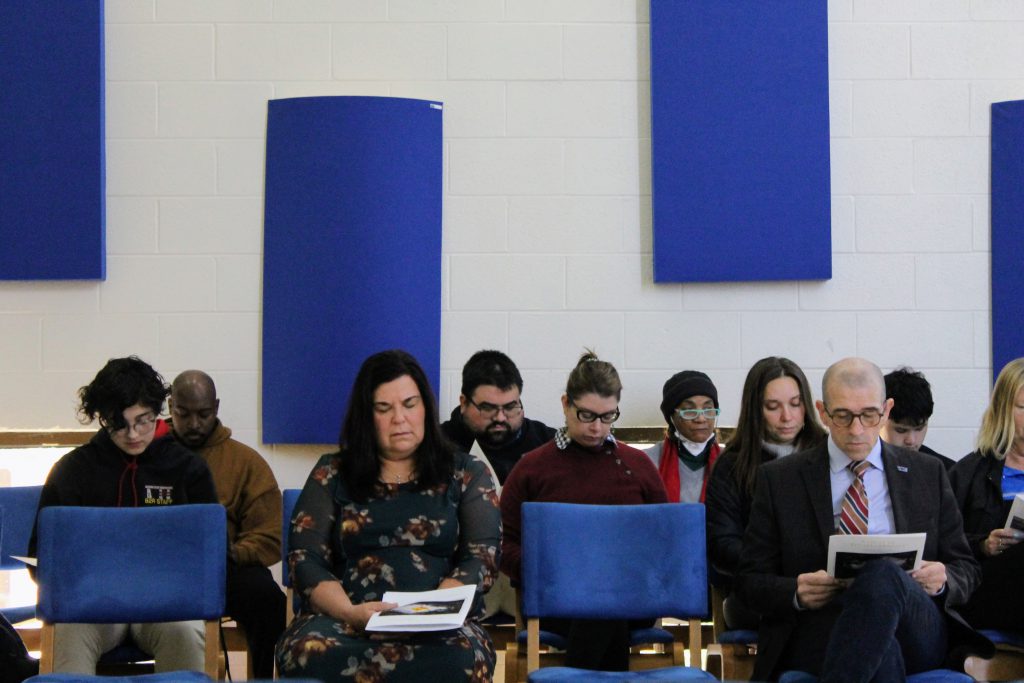