“Scream” (2022) is the fifth installment of the “Scream” franchise, and is directed by Matt Bettinelli-Olpin and Tyler Gillett. The film centers on a newcomer to the franchise, Sam Carpenter (Melissa Barrera), who returns to her hometown of Woodsboro after her sister, Tara (Jenna Ortega), is attacked by the Ghostface killer.

Barrera gives a good performance as Sam, but is outshined by the rest of the cast. Specifically, Jasmin Savoy Brown, Mason Gooding, Jenna Ortega, Jack Quaid and Mikey Madison give memorable performances as newcomers Mindy, Chad, Tara, Richie and Amber.

However, the true highlight of the film is seeing Neve Campbell, Courteney Cox and David Arquette reprise their roles as Sidney Prescott, Gale Weathers and Dewey Riley from the previous films in the franchise, and all three actors give strong performances as these returning characters.

Outside of a memorable cast, the film also makes good use of the blending of horror and comedy that the franchise is known for. The horror of the film is accomplished through its use of Ghostface, whose hunting of the rest of the cast results in scenes that offer plenty of suspense and violence for viewers.

The film’s comedy comes primarily through its lampooning of pop culture, as the other installments of the franchise have done. Particularly, “Scream” (2022) is making fun of the recent trend of the legacy sequel, such as “Star Wars: The Force Awakens” (2015) and “The Matrix Resurrections” (2021), in which the film brings back fan-favorite characters and features a plot that bears similarity to that of the original film in the franchise.

In this way, “Scream” (2022) is able to have its cake and eat it too, while both being a legacy sequel in its own right and still making fun of the trend. Rather than this coming off as disingenuous, it ends up being one of the most clever parts of the film. The film also features commentary on fan culture in the age of franchise filmmaking, which also results in plenty of clever moments and laughs. Overall, “Scream” (2022) features a talented cast, with plenty of entertaining scares and humor to match. 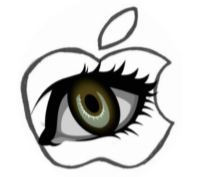