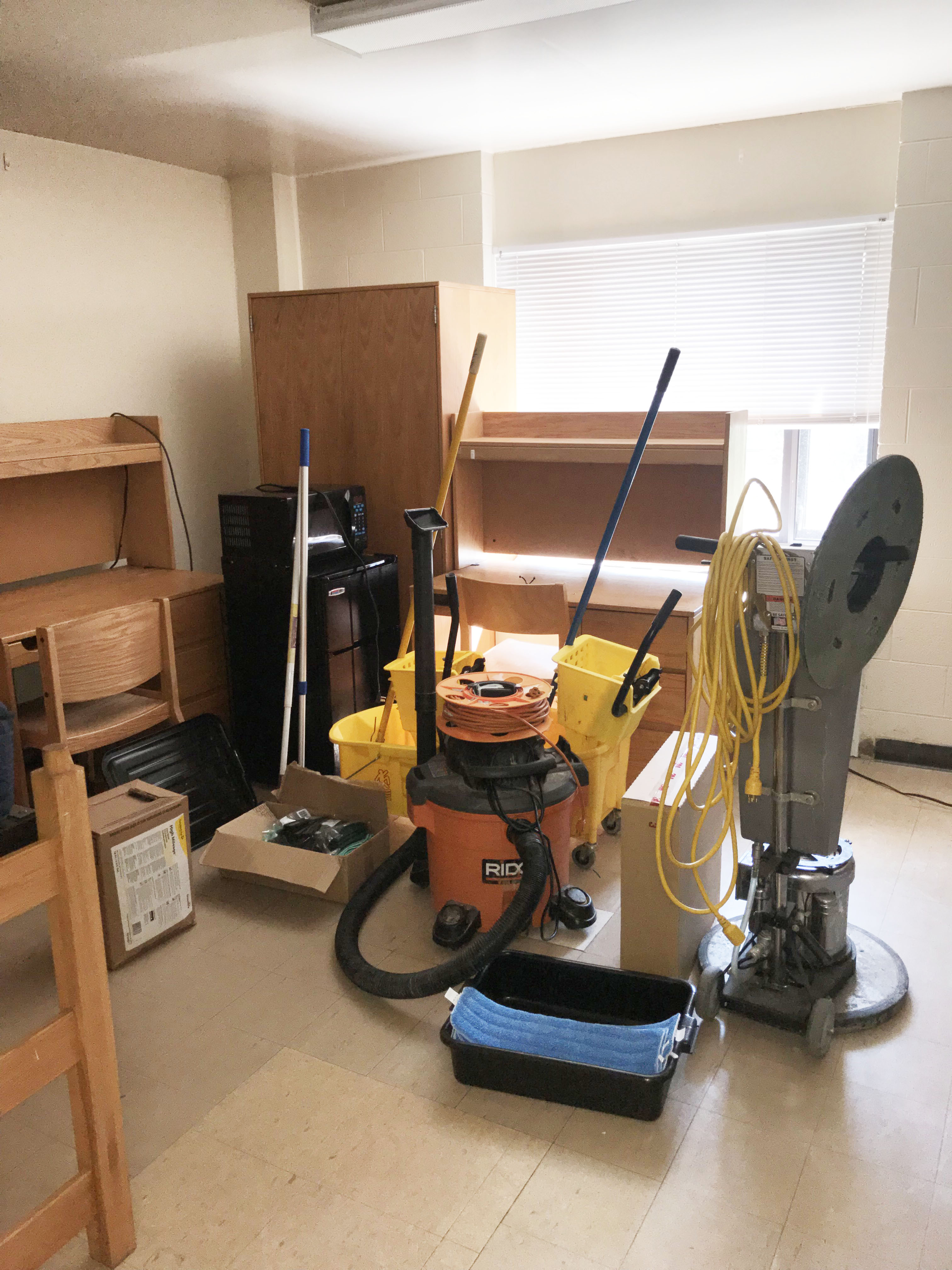 On Sept. 19, the residents of Smithdeal Hall were informed by Virginia Wesleyan University administration that the hall would be vacated temporarily for renovation. Smithdeal is a residence hall in Allen Village, or Village II as it is known informally.  In the interim, many students are relocated to a nearby hotel.

The announcement followed the discovery of a structural issue on the roof of Smithdeal.  Keith Moore, Vice President of Student Affairs at Virginia Wesleyan, explained the problem that the residence hall was experiencing.  He notes that the green roof of Smithdeal became compromised, allowing a leak into a wall of the residence hall. This wall has since been stripped down, and the roof is next to be removed.

“We expedited repair to limit the impact on students, and staging to remove the roof began Oct. 8,” Moore said. “The wall that was damaged was removed last week. Other walls were inspected by a third party and there were no other issues discovered. Virginia Beach officials also visited the space and concurred with the University’s response.”

Miranda Ward, a junior and resident assistant on the second floor of Smithdeal, shared her insights regarding the incident.  “As an RA, I knew it was a mold and moisture issue. I’d seen it myself. I didn’t know it was a roof complication until that day I met with Sarah and David [in the Residence Life office], but I always knew it was moisture.” Ward confirmed that any infrastructural issues were limited to just parts of Smithdeal Hall. “The first floor was not affected.  There’s a concrete slab between the floors protecting downstairs from any issues affecting upstairs.”

Prior to settling into the hotel and administration assessing the hall’s conditions, there was disarray among the Smithdeal residents. “I was being asked so many questions by my residents,” Ward added. “There was a lot of confusion, frustration, and general upset.”

Anna Rogers, a freshman at VWU, also described her experience with the residence situation. Rogers has lived in Smithdeal since arriving to campus, but was met with an abrupt message to relocate. She and her floormates in Smithdeal were informed of the issues discovered on the Smithdeal roof on that Thursday, Sept. 19.

“I had to move my stuff out in like two hours, because I was going away,” she recalled. Rogers is a student athlete, and had a tennis tournament to leave for shortly after getting the news. Rogers was, of course, an exception to the rule. “Everyone else had the whole weekend [to move out].”

Still, Rogers remembered the little information she had about the relocation, before leaving for her tournament.  “Apparently there was mold on our floor, and they just had to come in and fix it.”

This suggestion of mold on campus quarters is not new. The forested region and southern coastal climate create a level of humidity conducive for mold growth.  This issue seemed to culminate last year with the creation of the wesleyanhousing Instagram page.

The page made waves this past spring, including images of apparent structural and health hazards in residential areas. A strong following from the Virginia Wesleyan student body gave the Instagram page further notoriety. However, there had been no new posts from the account since this past April until recently.

Four new posts from the wesleyanhousing page emerged in the weeks since Smithdeal’s evacuation, the first of which coming on Sept. 28.  The posts feature images of mold and fungus splotches reportedly seen in Allen Village, per the image captions.

However, Moore addressed such rumors surrounding the incident. “This is a unique situation caused by a failing roof. When students experience concerns associated with humidity, we appreciate their sharing it as soon as they can.” The green roof is indeed unique to Smithdeal, and the membrane above the ceiling – which holds the plants, soil and moisture – is all that is reported to be jeopardized.

Moore emphasized the importance of diligence in dealing with housing problems. “We encourage students to work with us to address it in a way that is beneficial to them. For us to discover things that may be amiss through channels contrary to our process delays our ability to address anything that may be of concern.”

In general, students can expect greater ease and opportunity to address their housing issues. “We want them to contact us,” Moore said. Virginia Wesleyan has been rolling out new channels for mitigating residential concerns. Beyond talking to Resident Assistants, using  Marlin Maintenance, and reaching out to the Residence Life office, as Moore noted, students can reach administration even more directly.

“Resident assistants are now using floor rosters and visiting with each resident once a month, affording each student an opportunity to share information,” Moore added. “Village Coordinators are conducting daily walkthroughs, and Facilities Management and Residence Life are working in tandem to visit all common spaces on a prescribed schedule.”

For Smithdeal Hall specifically, the schedule for renovation is less certain. “The roofing company indicated that the new roof should take 20 days, however a firm date has not been given,” Moore said.  At the least, construction has kicked off, with teams beginning to resolve the green roof issue as of Oct. 8.

Now, students and administration alike look ahead to seeing the issue resolved.

Rogers noted that while relocation to both the Comfort Inn and later a triple suite in Allen Village has been “inconvenient,” she is excited to return to a refurbished Smithdeal.  “It is actually quite a good location,” Rogers said.

Similarly, adjusting to the changes that come with living in the hotel has proven difficult for many, and Ward is hopeful for the renovations to be solved soon. “I am looking forward to returning to Smithdeal Hall after renovations.  I like living there on campus.”

Meanwhile, Moore summarized his thoughts on addressing housing complications. “We appreciate the opportunity to be active contributors to students’ comfort and satisfaction.”  Regarding Smithdeal Hall in particular, Moore added his vision for an expedient resolution. “We would love for our students to be back on their floor by semester’s end.” 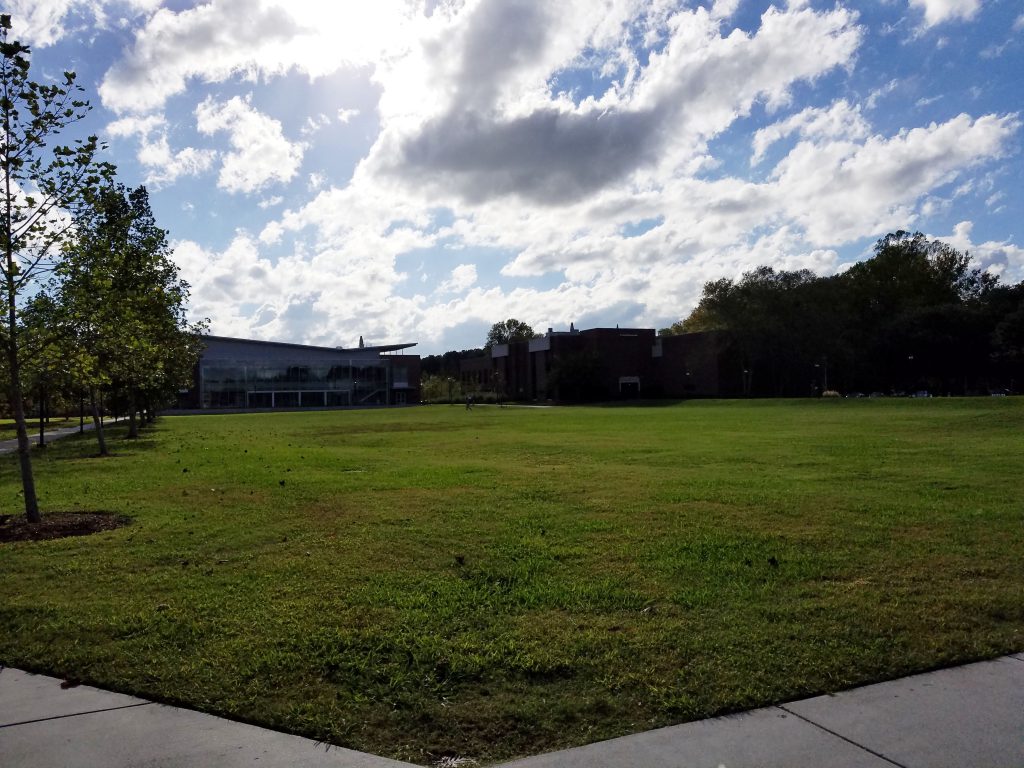