Larger sized swim caps were banned from the 2020 Olympics, now FINA has decided to approve the swim caps.

At the 2020 Olympics, swims caps designed specifically for afro hair or those with voluminous hair were banned by the Fédération Internationale De Natation (FINA), a sports federation that administers international competitions in water sports. Their reasoning was that the caps did not follow the natural form of the head.

This caused criticism for many swimmers and felt like discrimination against Black swimmers. The smaller swim caps can fit Black swimmers’ heads but if the swimmers have a protective style or a lot of hair the swim cap will come off easily.

When I found out they banned these caps last year, I was shocked that they blatantly would do this as there was no type of research done beforehand.

However, just recently, FINA has approved larger sized caps for top-level competition. The company Soul Cap provides swim caps for long hair or people who have hair with a lot of volume. FINA had previously banned Soul Cap and now they overturned their decision and approved all size ranges of Soul Cap.

This is a good move in the right direction and I am glad that FINA decided to review and discuss this situation. All levels of sports are supposed to feel welcoming to anyone who wants to participate, so finding ways and allowing companies like Soul Cap to provide inclusiveness in swimming should always be considered, if not be a priority. 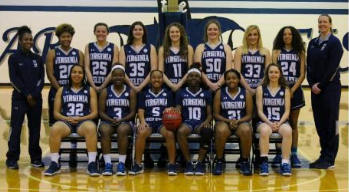