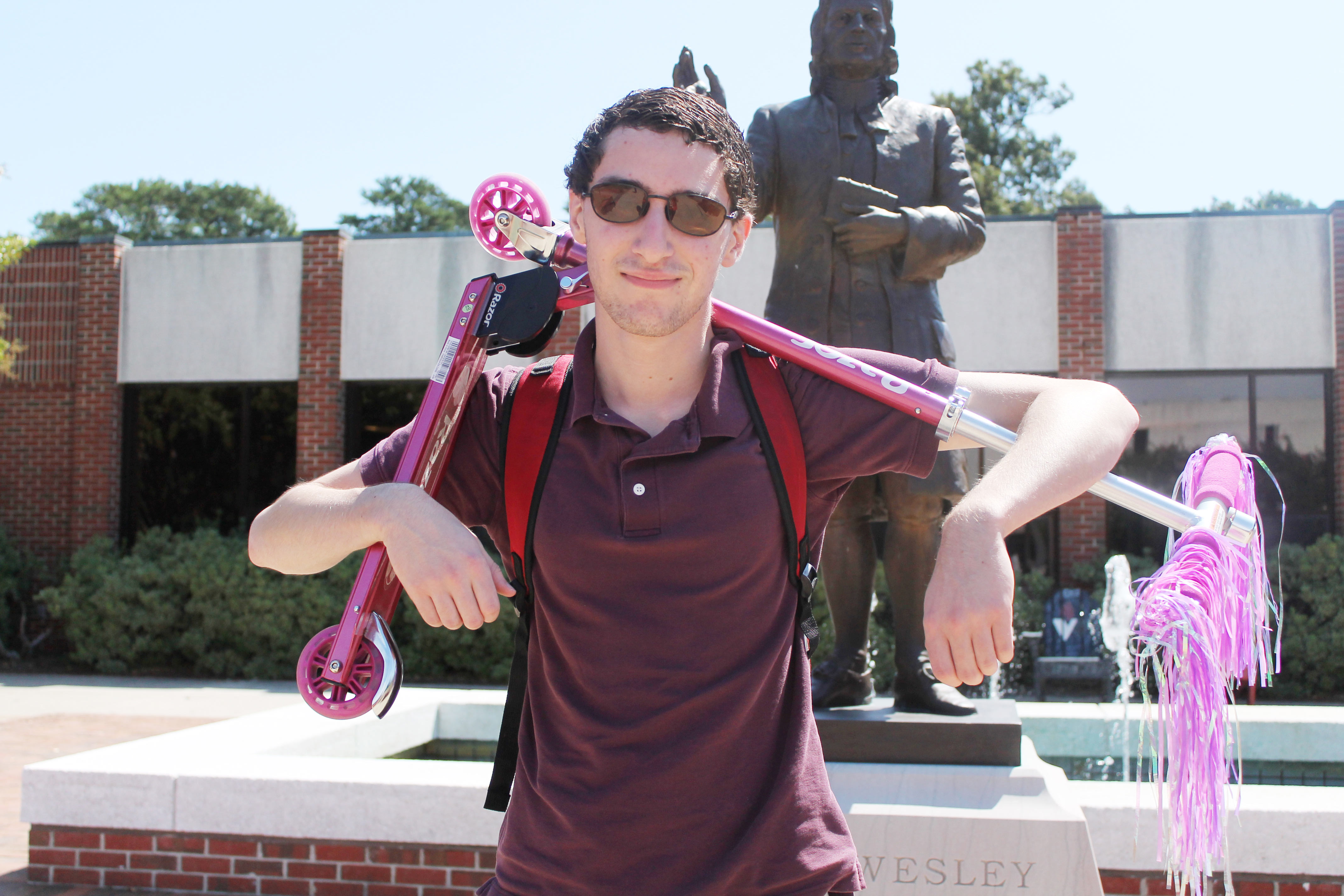 Move out of the way upperclassmen. The latest freshmen trend is here and won’t slow down for anyone. Zooming over the cracked sidewalks on well-decorated Razor scooters comes Nick Peterson and his gang of 61 “Sqooter Squad” members.

There are only two requirements for membership. Aspiring members must prove they own a scooter and show they have a GPA of at least 2.0. Peterson, in an effort to make the club as “legit as possible” drew up a three-page club constitution containing club goals and requirements of membership.

“The mission of the organization is to create a unity through Virginia Wesleyan through the use of Scooters and good vibes,” the constitution says.

Indeed, the club has served as a unifying mechanism for the 2020 freshmen class.

“I feel like it’s really opened myself up to exploring campus and meeting new people,” Brown says.

“I definitely feel like my health has improved since I have begun scootering. Being a type 1 diabetic, it’s important I get my exercise. Every bit counts,” Duenke said.

In addition to the benefits of camaraderie and exercise, members appreciate the speedy method of transportation.

“I love the ability to ride through campus at ludicrous speeds” member Will Augsberger said.

Article I of the constitution affirms this goal, noting the importance of promoting “quick transportation throughout the Virginia Wesleyan campus.”

The club’s humble beginnings are characterized by spontaneity. Prior to the first day of classes, a bored Peterson accompanied Wellman on a trip to the thrift store. Among piles of used toys, the two freshmen found a pair of Razor scooters for sale. Following a vein of impulsiveness, Peterson and Wellman purchased the scooters and began scootering as soon as they got back to campus.

After scootering around campus for one day, Peterson and Wellman observed they were not the only scooter users on campus.

“By the next day, two or three people had them. It started catching on so we went and got better ones and decided to make it a school wide thing,” Peterson said.

Word got around and two days after its formation the club had 16 established members and five students on the waiting list.

Longboards and skateboards are no longer the main preferred mode of transportation across campus. Scooters now rival their popularity. Perhaps the minimal risk existent in scootering is among one reason why it is so popular. Indeed, freshmen like Alyssa Jamison names just this impetus as the reason for her interest.

“I can’t ride a skateboard, I’ll fall on my face,” Jamison explains.

For students like Jamison who may feel uncomfortable with the idea of riding a skateboard, scooters offer an inclusive alternative.

According to Seward, this is not the first time scooters took over VWC’s sidewalks.

“When I saw them here it brought back memories. When I was a student here, they were huge. I even had one I rode to class,” Seward said.

While many students find the new fad amusing, not all reactions are positive. According to Peterson, a stabbing subtweet surfaced only a few days after the club’s founding. “Can someone please explain why all the freshmen are riding scooters everywhere…Are we 10?” the tweet posited.

Undeterred by accusations of childishness, members continue to buy surprisingly youthful looking scooters as a way to demonstrate individuality. Spiderman, Hello kitty and Minion-themed scooters are only some of the variety present in the club. One member has a scooter with an ipod hook up he uses to play music during scootering while another scooter shoots sparks out when it breaks.

The club founders plan to harness the popularity of their club for good causes. Peterson allegedly has friends involved in scooter clubs at other universities like Old Dominion and Christopher Newport University. The plan is for the clubs to have inter-collegiate charity events where students can pay to watch scooter races and other scooter-themed contests.

“I feel like this sounds sarcastic but we’re serious,” Peterson concludes.

The Sqooter Squad, while light hearted and fun, is dedicated to holding themselves to the standards of unity and inclusiveness they wrote in their constitution.

And in all seriousness the question remains; what should someone call a person riding a scooter? A “scooterer?” A “scootee?” Submit your suggestions to Laurissa Senecal at ljsenecal@vwc.edu. 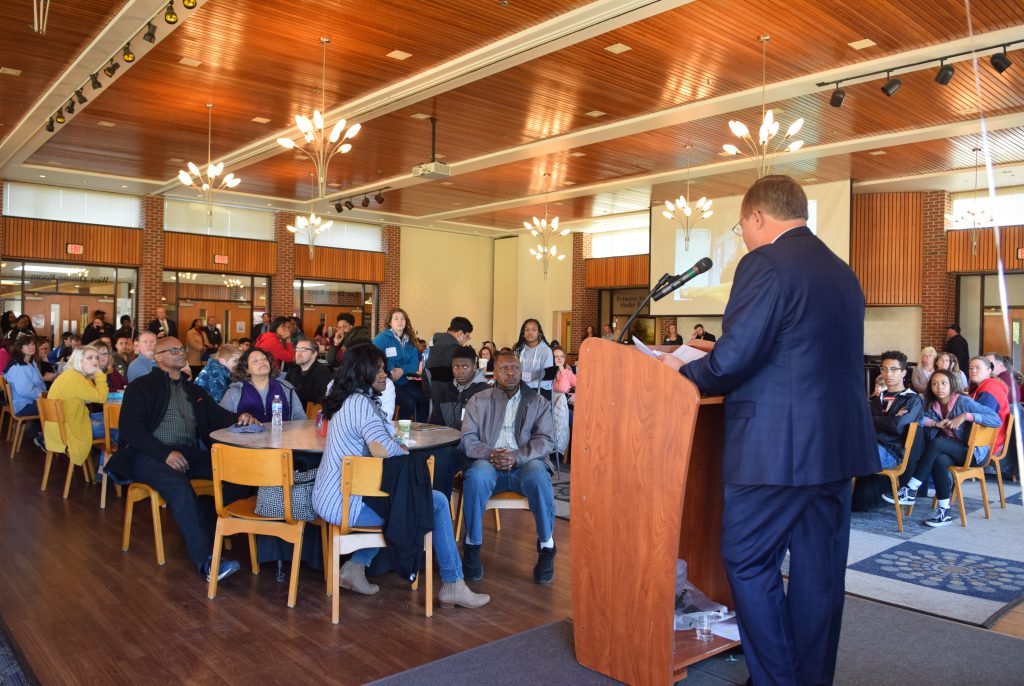 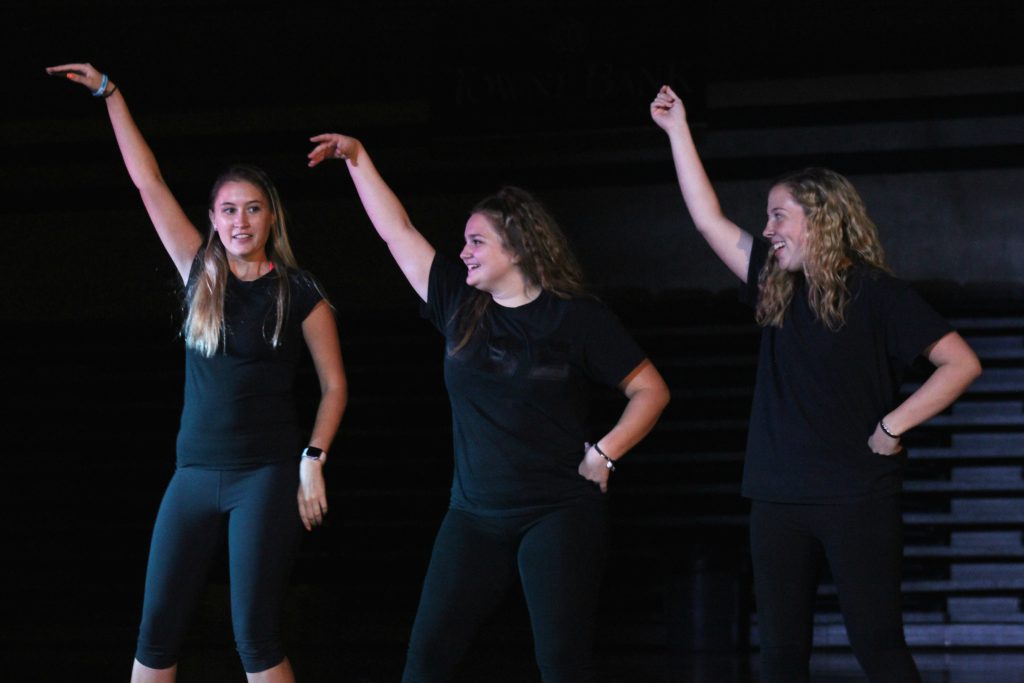