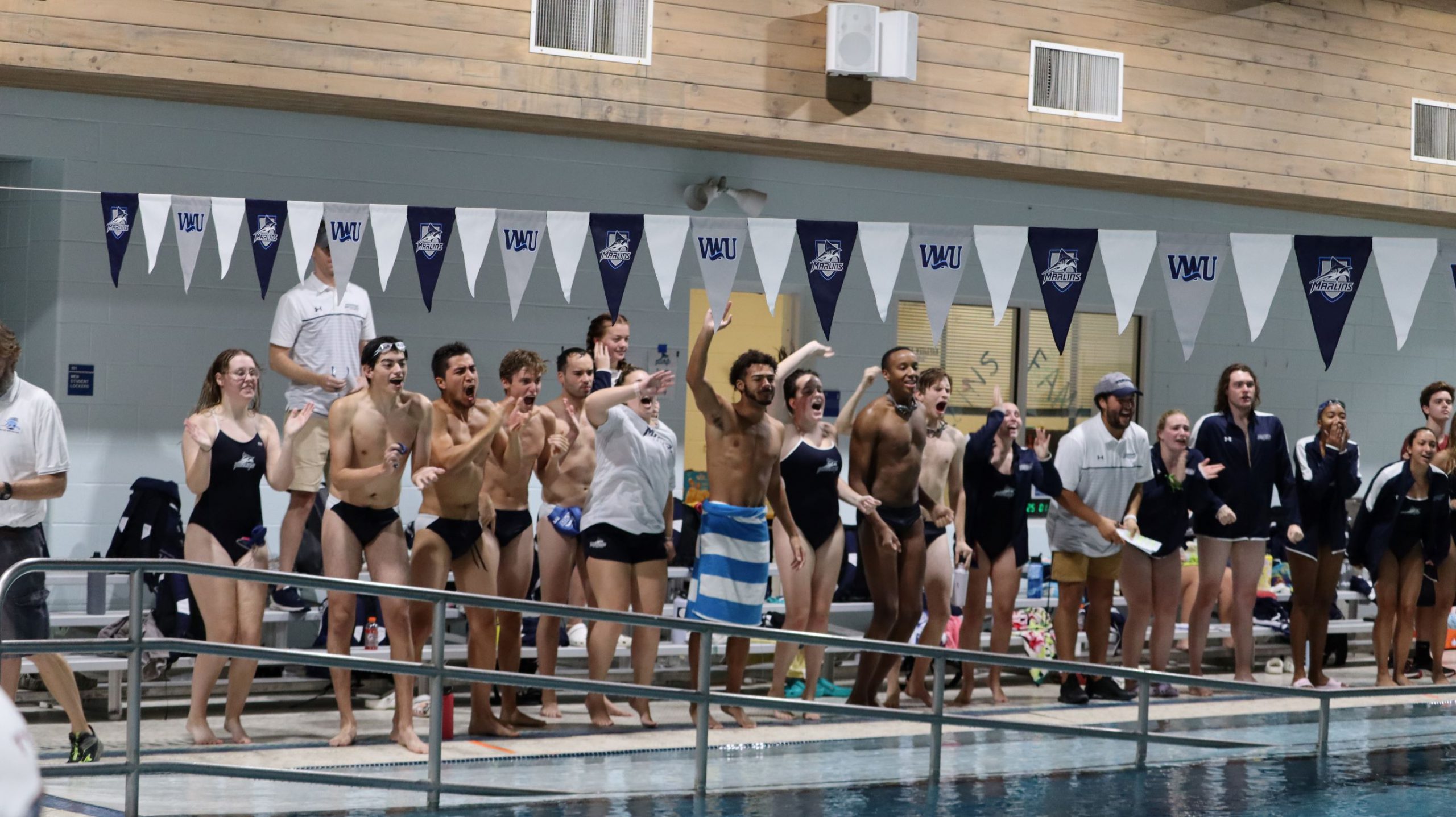 This season has been a very busy and challenging season for the VWU Men’s and Women’s Swimming team. In October, the team was active every weekend swimming at meets to represent VWU.

“It was a very interesting start of the season, we have back to back meets over the weekend and it was really intense going from nothing to meets,” senior Dana Smith said. Smith expressed that this quick turn around was a
lot to take physically and mentally. However, Smith is not the only one that expressed her feelings about the season. Mike Ginder, who is the coach of the VWU Swimming team pointed out that he is not sure if he will do back to
back meets again.

“It was a very heavy month and looking back, I am not sure I would do that again, but the team definitely stepped up and performed week after week,” Coach Ginder said. “Giving them some time on a Saturday, where we can
maybe just practice and not have to worry about travel and getting up and racing, we probably should have one of those weekends not competing.” Despite the busy schedule, the VWU Swimming team has broken several
school records in the first couple meets.

So far this season, the Women’s Swimming team is 2-2 and Smith expressed that their team has been working very hard in practice. “We have been doing team bonding, getting to know each other and how to motivate each other, has been crucial for our victories,” Smith said. Smith added, “Something that is definitely working is the division of practices and putting people in groups with their events, rather than come in practice and everybody is
doing the same thing.”

On the other hand, the Men’s Swimming team is still looking for that first win. Even though swim sports does not have an ODAC standing, it is something nice for the team to get some victories home, as Coach Ginder
expressed.

“My expectations are that both teams can make it to the ODAC championship in February. Our overall goal for both programs is to be on the top three, that is what we are shooting for each year,” Ginder said.
“Our women are poised really well to make some significant improvements based on the returns from last year, but also from our incoming freshman class and while our guys group is a little bit smaller, they still look really
good,” Ginder said. Both teams have done improvements and the coach is hoping for better finishes at ODAC and events.

The VWU team has won individual events, such as the men’s team that won six events but unfortunately, they fell to Hampden-Sydney College. And the women’s team who won ten out of 14 events and took the lead against Sweet
Briar College.

When Coach Ginder was asked about the key of these victories, he pointed out that more than just the training, it was the mindset of this team. “In a couple of meets, we were talking about refusing to lose and my question to them was; do you like to win? Or do you refuse to lose? It is nice to come in first, but we have to be willing to do whatever it takes no matter how we feel,” Ginder said.

Both teams have faced big challenges and have experienced losses this season, despite winning certain events. However, Coach Ginder understands that winning is not the only goal. “There can only be one person that ultimately wins the event, but even if you come second, third, fourth or fifth, you can still have improvements and that is some victory too. However, is really tough when we won couple events, but still we did not get the victory,”
Ginder said.

“After a game loss I do feel a little bit of pressure to make sure that we win meets but that is not my driving force. I am more focused on the end of the season and our championship placement. Also, wanting to help our individuals to get to their individual goals and to reach the top,” Ginder said.

The main goal for this season for both programs is to keep improving on the events and to get the scholar AllAmerican award, which is that the team GPA has to be 3.0 or above. “Our team GPA average has been above 3.0 for the last couple years, but we want to make that kind of a regular thing each semester, keeping in mind the academic and athletic balance,” Ginder said. The Swimming team is preparing for their next event on Friday, Nov. 13 against Salisbury University.