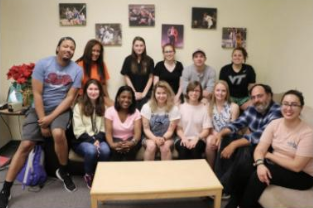 So this is the end of the road, huh? Weird, I figured there’d be a lot more…people? Also celebrations, parties, maybe just a general sense of community. Crazy times we live in. Being a graduating senior in 2020 is definitely one for the books. Anyways, I thought I’d say a few words before I left. Maybe give some advice. Drop some gems. Hopefully future classes may read this and learn a thing or two.

Writing articles was only one of the ways this newspaper changed my life. I became The Weekender editor my junior year after a year of writing in the workshop class, and a year after that I was the Managing Editor. I was welcomed into a well-oiled machine where everyone belonged and everyone found their place. I immediately knew after writing for the Weekender that it was my niche. My co-editor and I spent many long nights in Dr. Payne’s newsroom working on print layouts, goofing around, taking occasional breaks to hold HQ trivia tests for money (remember those?). So I have to thank the person who taught me everything I know about design: thanks, Julie.

Everyone in that newsroom came to the office at 5 p.m. because they had work to do, and most stayed until late at night because they didn’t want to leave. We obsessed over print deadlines, dissected the latest gossip rumors and everything right and wrong with the school we go to. The Chron team is a group of storytellers who understand the world through telling stories, reporting stories; telling stories is what brought us together. As the Weekender editor I have read and published ideas I instantly agreed with, ideas that changed my outlook on the topic and some ideas I frankly could never get behind. But whether I agreed with them or not, each story had value to me as a mental snapshot in time for another human being, a window into someone else’s perspective on something as random as Denny’s is better than Waffle House or this movie is better than that movie and here’s five reasons why.

I used to shut my laptop around 3 a.m. the night before deadline and breathe a sigh of relief after writing media/pop culture articles, feeling like I had just made the best article I had ever written. I felt the same when it came to designing actual pages. Telling myself  “pack it up, it won’t get better than this.” But it did, it got better and better, culminating in this last message to you all which if I do say so myself, damn I’m good (it’s my last article, I can get away with one curse word right?). Looking back over my own collection of articles and designs, I can look back at my past selves through the eyes of the present and see where I have grown and matured as well as where I failed and learned. And that’s important. Because it was all for nothing if you never learned anything. I see where I started and how I was scared and unsure of myself. I see where I gained confidence and put my heart and soul into the pages and I see where I reached the goal I set, win an award for design. I see it all now. And upon seeing it all I know my time is up now. When you get comfortable, that’s when it’s time to shake it up. So with that, it’s time to pull a Ricky Bobby, a shake and bake if you will.

Will Smith has this saying “Everything you could ever want is on the other side of fear.” And I’ve been following that mantra for a while. Never be afraid to try something new. The thought of writing for a newspaper scared the life out of me. I had always been told I was a good writer, but the thought never really crossed my mind to do it for anybody other than myself. I’ve been able to have so many experiences I never would have had otherwise thanks to writing for this paper. I never would have flown on my first airplane, made the connections I made or half of the crazy things I’ve done/played/listened to without this paper and I’m so thankful for it all. So don’t be scared. Join that group, do that thing, talk to that person you like, be great while you’re here; because as I’m slowly starting to notice now (too late if I might add), it may be the last time you’re able to do some of those things. But I’m also learning that this is only the beginning.

I got on this newspaper around three years ago. Back then I really didn’t think it’d go any further than just writing a couple articles and getting a grade. I was a transfer student from a community college who felt like he never fit in there, so you could imagine coming to an even larger school how I felt like I’d fall into the mix even more. Oddly enough, that didn’t happen. I found a second home in the Chronicle crew. Everybody I’ve met I plan on keeping in touch with one way or another. People go through college solo without making a single friend and I think that’s really sad. Find friends to go on this wild journey with. It makes the trip that much more interesting. Reach out to those people that you think could need a friend. You never know who you might meet.

So this is it. If you read my articles you know I’m not good at endings. So I just want to say thank you. To the Chronicle team: thanks for being my friends, people I can bounce ideas off of, people who I could joke with, people I found myself with. Take care of the new editor, Val. She’s got a lot of potential and a ton of ideas to boot she’ll be great in my absence. To Dr. Payne: thanks for not letting me quit like I almost wanted to when things got really tough. To the workshop writers: thanks for not driving me completely crazy. And to you, the reader, whether it be just one of you, or one hundred of you, or one thousand of you. If I just reached one of you and you found joy in anything I wrote, took any advice from the Marlin Undertow, or any part of the Weekender or any other section really, thank you. You all keep the paper going and that’s a beautiful thing. This chron team might be dead, but we’ll live on forever in these pages. 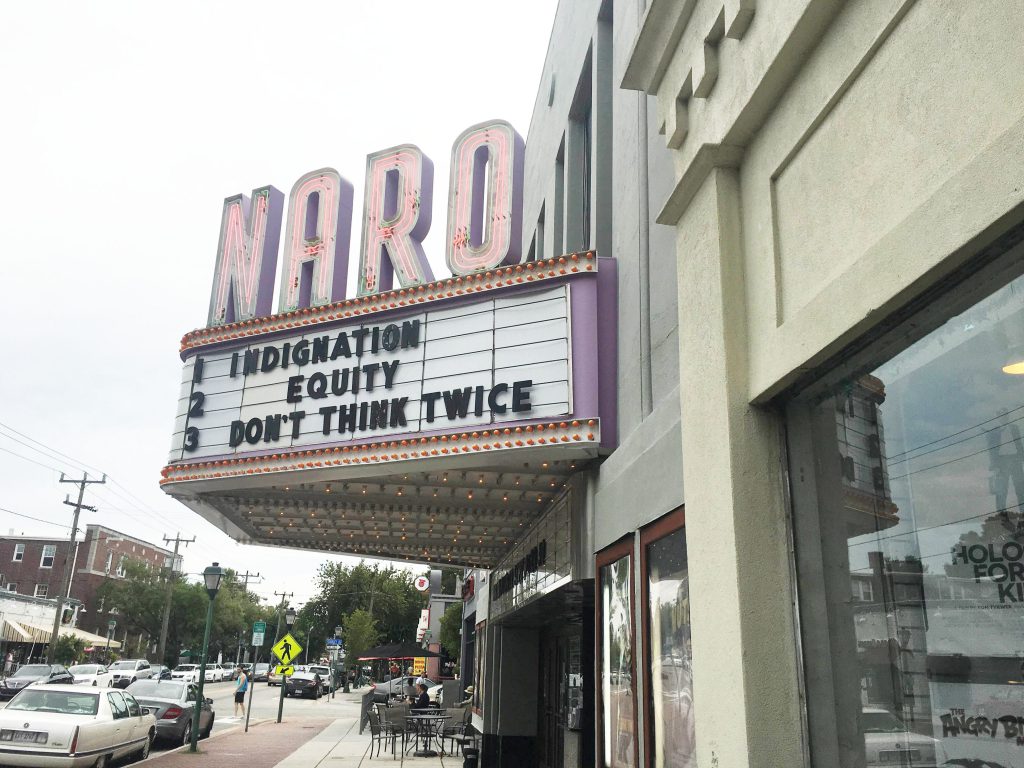