Senior Jaylyn Lane, a sprinter and jumper for the Virginia Wesleyan University Track and Field team, was selected twice as the Old Dominion Athletic Conference (ODAC) Track and Field Athlete of the Week during the weeks of Jan. 10-16 and Jan. 17-23.

Lane and the Marlins competed at the Mondo College Invite at the JDL Fast Track in Winston-Salem, NC. Lane went on to compete in both the 60m dash, triple jump and the 4x400m relay. In the 60m dash, Lane placed third in the preliminary round with a time of 8.16 to put her in fourth place in the ODAC overall. Later, she jumped 11.52m in the triple jump where she is ranked second in the ODAC and eleventh in Division III.

The following week was a breakthrough for the Marlin. Lane and teammates competed at the Finn Pincus Invitational on Jan. 22 hosted by Roanoke College, where Lane improved in the triple jump with a new mark of 11.90m; this is a new ODAC record, previously held by Lane, and she is the first woman in ODAC history to break 39ft in the triple jump indoors.

Senior Landry Moffo, a hurdler for the VWU Track and Field team, received back-to-back ODAC Track Athlete of the Week during the weeks of Jan. 10-16 and Jan. 17-23.

The Marlin competed at both the Mondo College Invite on Jan. 15 and the Finn Pincus Invitational where he competed in the 60m hurdles, taking down his own school record twice. At the Mondo College Invite, Moffo ran a time of 8.36 in the hurdles to set a new record and personal best; he finished in the top five for this event. He currently sits first in the ODAC and thirteenth in Division III.

Later, at the Finn Pincus Invitational, Moffo went on to break his record again by 0.01 seconds for a time of 8.35, taking first place in the event and holding onto his first-place ranking in the ODAC.

Junior Geni Roberts, a jumper for the VWU Track and Field team, jumped his way into receiving ODAC Field Athlete of Week twice during the weeks of Jan. 10-16 and Jan. 17-23.

The Marlins return to the track as they travel to the Virginia Beach Oceanfront to compete at the Norfolk State University Kenneth Giles Invitational on Friday, Feb. 11 and Saturday, Feb. 12. 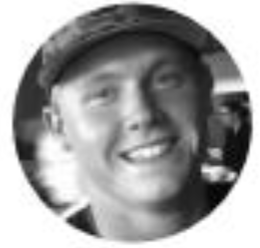