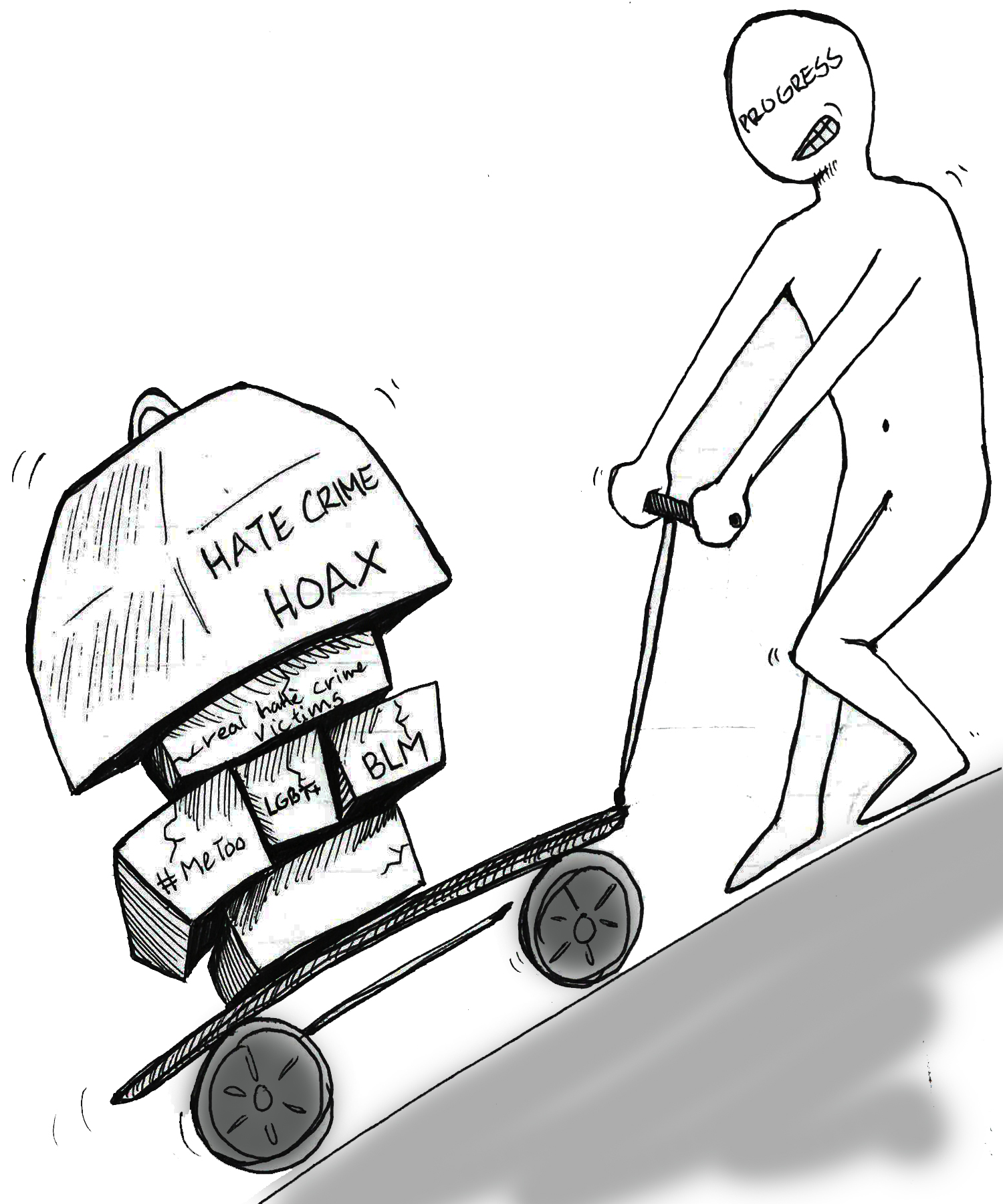 With the controversy of the Jussie Smollett case rising to the forefront of conversation, the obstacles standing in the way of social movements see a critical need for acknowledgment.

The modern age of progressivism is far from new.  Nowadays, it is critical that people feel their voice can be heard and that change can be made.  However, the means by which that change is being achieved is subjected to great criticism. Recent social movements have experienced this all too frequently.  #MeToo, Black Lives Matter, and PRIDE parades top the list of many movements whose advocacy for progress see obstacles from public opinion. It is understandable.  Progress and change will always create friction. However, nowadays this friction is only worsened by dangerous stereotypes and generalizations. People seek to undermine movements by delegitimizing claims and focusing on simple mistakes or even outlier cases.

In case you found the news cycle lacking in controversy recently, the Jussie Smollett case should have served well to revitalize important albeit dangerous conversations about social justice.  This past January, Empire star and R&B singer Jussie Smollett went to the police with the report of verbal and, more notably, physical attacks from two men in Chicago. Being black and homosexual, the incident notched itself as yet another iteration of a hate crime perpetrated against marginalized peoples.  While the story got its seemingly due publicity and expressions of sympathy, police investigations soon revealed the ordeal to be a hoax. While the details remain partially unclear, the real story has Smollett staging an attack with these men. This past weekend, on March 9, the actor was indicted by a grand jury for his false reports.  This entire situation left heads spinning. What motivates someone, with a real platform, to fake a hate crime? And how will this affect the way real hate crimes are treated?

As if Hollywood did not already appear as a distorted, funhouse-mirror reflection of society, cases like this certainly add to this divide between celebrity and common citizen.  Indeed, they are very different. Make no mistake there. But if we sensationalize the lives and accounts of celebrities too much, their platforms become less real, less grounded.  This may not mean much day-to-day, but it means the world when these celebrities use their platform for pushing social justice. If we dismiss and dissociate from celebrity accounts, then movements built on the backs of celebrities like #MeToo and Colin Kaepernick’s anthem protests can easily be trivialized.  When one of these accounts is shown to be fraudulent, then the entire movement can unravel.

We’ve seen this trend before, to a degree.  In an age of redefining sexual conduct between men and women, major progress has come about to protect women from sexual misconduct.  Everything from catcalls and pick-up lines to sexual assault and rape have been discussed and reassessed. Dangerous behavior against women that went previously unquestioned has now been exposed and openly combatted.  Major progress is being made to build awareness, address toxic masculinity and protect victims. This long overdue empowerment of women is good social change, by my estimation. Yet, some recent instances have halted progress.   Just last year, in the midst of the #MeToo Movement’s apex, comedian Aziz Ansari was accused of sexual assault. Yet, the presentation of this allegation hurt the movement. Public opinion that this was a biased account of a bad date and not some unforgivable sexual assault diluted the power of the movement as a whole.  Similarly, false allegations of rape seem to stop the movement dead in its tracks. The recent story of a college football player’s life being derailed by false rape allegations comes to mind. Such stories threaten to kill the movement’s momentum. The reality is the presentation of the Aziz Ansari story is not what the #MeToo Movement embodies.  The reality is false allegations account for a severe minority of reported incidents. From where I am sitting, the weight of 100 legitimate cases calling for change can be countered by merely 1 case of a weak argument or falsehood. This just means critics, and dare I say opponents, of these social movements have ammunition to debilitate social progress.

As Dr. Martin Luther King, Jr. said, the need for self-purification in social movements is paramount.  This was his idea that, during the Civil Rights Movement, those fighting for justice needed to minimize their own flaws.  The level of scrutiny is even higher for such civil rights advocates. They have less room for error. They must be as organized, virtuous, enduring and even-tempered as possible.  This is embodied through civil disobedience seen infamously in Birmingham marches, where no provocation could impede the movement. Nowadays, with the close lens of media monitoring us, even more self-discipline and self-purification is necessary.  We cannot have scandals, hoaxes or personal mistakes poisoning the social movement at large. That is what is at risk with the Smollett case: slowing social change.

While we’ve come a long way from the abuse of fire hoses and belligerent police dog attacks, the threat of opposition to social movements remains very real.  There can be neither complacency nor negligence on the part of those advocating social change. It doesn’t matter the movement. If we are to be the custodians of social justice, we need to ensure we are all making the right choices.  And we can only hope our brothers and sisters within the movement share that same value, too.