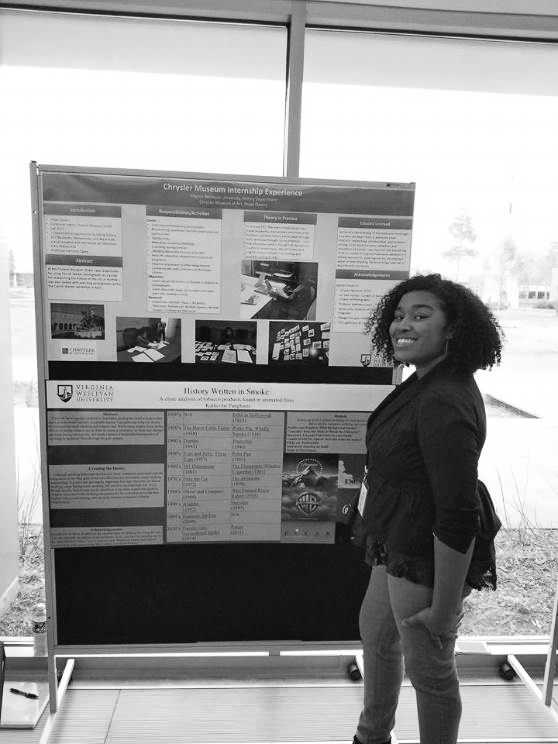 Shyail Owens, also known as Shy, is a senior here at Virginia Wesleyan, and is currently double-majoring in Art and Women and Gender Studies. She is a member of Zeta Phi Beta Sorority Inc., President of the organization Phenomenal Woman, a campus tour guide and a former work-study employee in enrollment services. She is always put together with a signature jacket and Bath and Body Works fragrances. Her personality is vibrant, and she exudes confidence.

Three years had passed since she chose to pursue a career opening exhibits in art museums. As time went on, she began to feel like being a curator in an art museum was not the quite the right fit. She would have never guessed that being involved with victims of sexual abuse, sex trafficking and domestic violence would help her find her calling.

Owens’ will never forget the day she received a phone call from Kristi Lafoon, Administrative Assistant to the Registrar, asking her if she was interested in working as an art teacher at Samaritan House, a women’s shelter located in Virginia Beach. Owens’ immediately began researching and reached out to the women’s shelter. Three weeks later, she began teaching art at the shelter. “Her passion and her talent for art is what made her stand out… she struck me as someone who would have a heart for the women at the shelter,” said Lafoon when describing why she recommended Owens’ for the job.

Most of Owens’ students are survivors of sexual abuse, sex trafficking and domestic violence. Their ages range from 22 to 57 years old. “I have formed bonds with all of my students and I have gotten to know them individually… I know things like their favorite colors, their favorite pets and I have grown to really care for these women,” said Owens’. She was enthusiastic about her students’ upcoming art exhibition, where they will have the opportunity to sell some of their artwork created in her class. Owens’ believes that this opportunity will “boost confidence in their art and in themselves,” and she looks forward to seeing how her students and their artwork evolve.

Owens’ passion for art and promoting awareness for issues such as domestic violence has been exhibited not only at the women’s shelter, but also on campus through “The Clothesline Project.” October was National Domestic Violence Awareness Month. The Women’s Resource Center and Phenomenal Woman sponsored “The Clothesline Project,” which consisted of visual displays of t-shirts with designs that were created by survivors of violence or created in honor of someone who has experienced violence. The purpose of the project is to raise awareness of domestic violence and unify the campus community while doing so. “As her sorority sister, I have seen the impact the women’s shelter has had on her… she has brought her passion for helping others not only to the women’s shelter, but to this campus as well… she is the epitome of women empowerment,” said senior Gabrielle DeGross said.

Seeing her students’ cheerful smiles in her art class motivates Owens’ to set good examples and be the best she can be. Owens’ involvement with the women’s shelter helped her find her calling. “Working at the Samaritan House helped me understand that I wanted to help people through art,” Owens’ said. Owens’ plans on studying at Eastern Virginia Medical School to become an art therapist. She believes that becoming an art therapist will allow her to pursue both of her passions, helping those in need and using art as a means of expression. 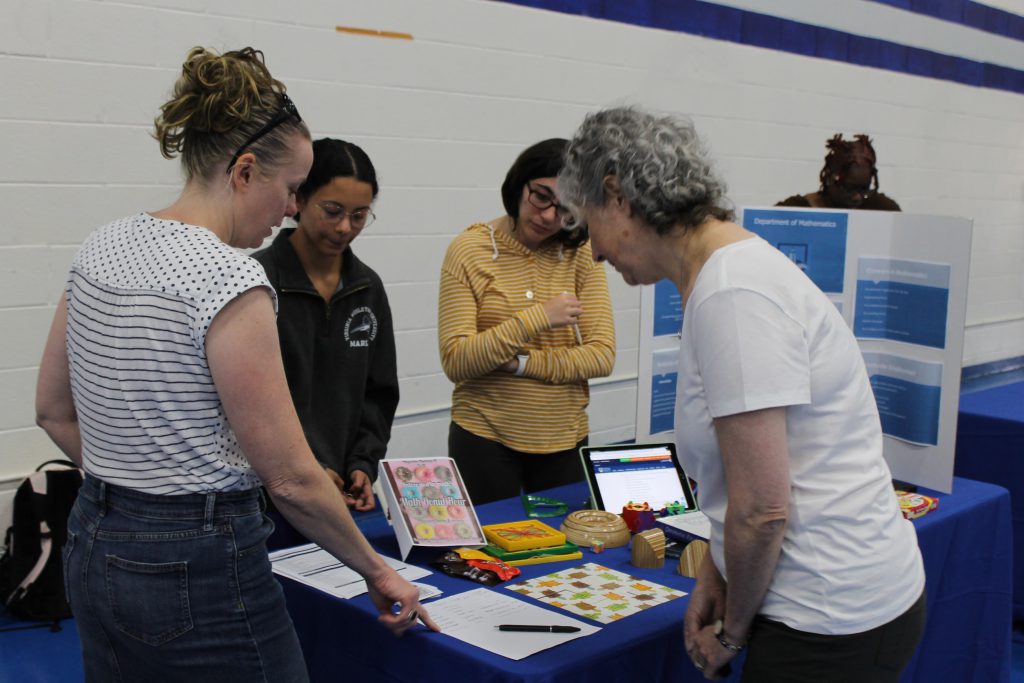