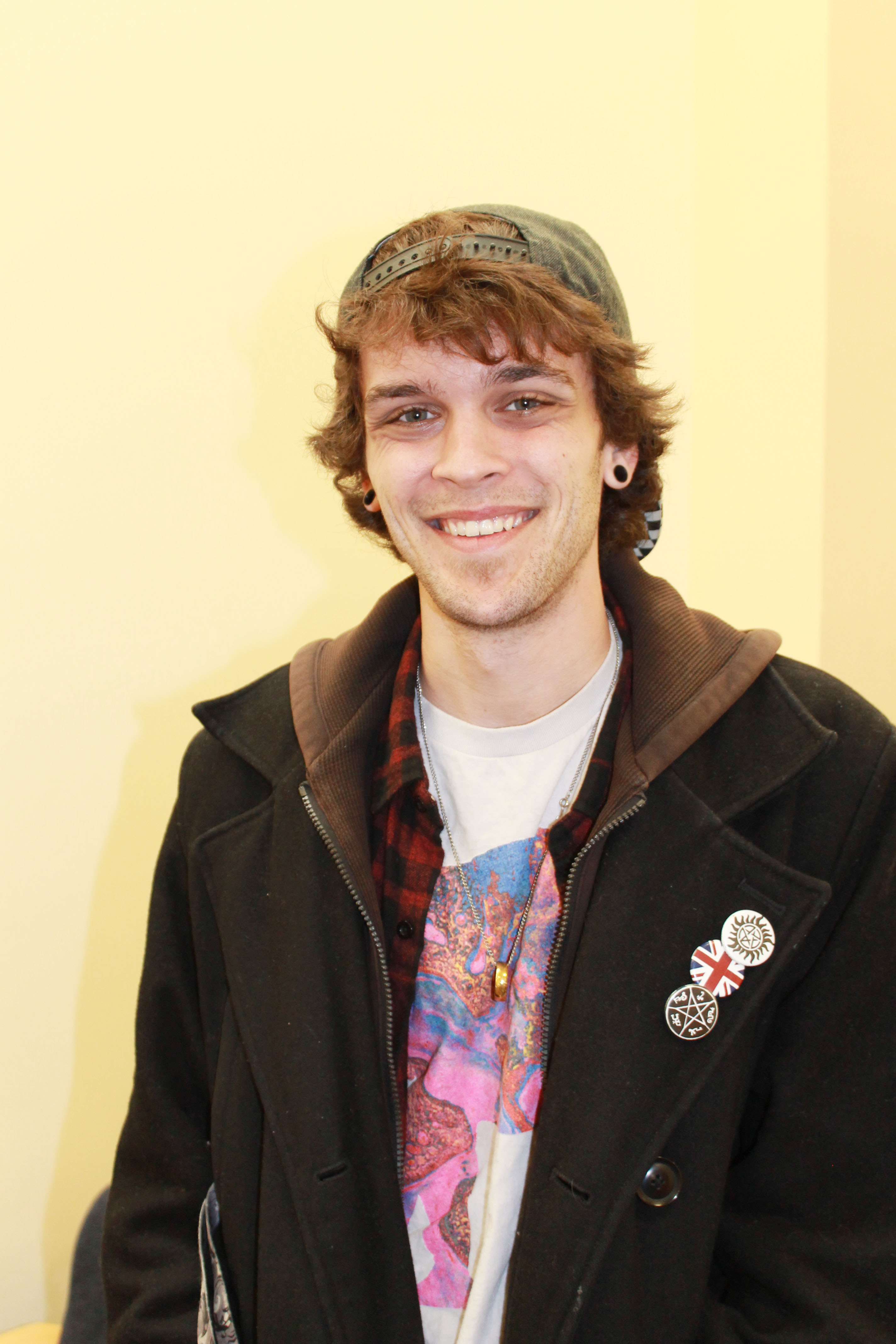 Landscapes, bold colors and incredible promise are among the many things present in the works of John Leitgeb, a freshman with a talent for art and music. His story reflects a life consistently drawn to express through art.

Leitgeb wanted to attend VWC for its academic programs.

“My family moved to Virginia. This school had an educational program that was good,” Leitgeb said.

He described his major as being “undeclared, on fence between psychology and art.”

Leitgeb has had a passion for art since he was a small child. He took art in high school, but did not take it seriously. He also started painting a year and a half ago. His dream for his art is to one day paint for a living.

His favorite type of art includes psychedelic undertones and impressionism.

“The best way I can describe psychedelic art is anything that gives the illusion of movement or evokes a thought or feeling. Usually mixed with really bright vivid contrasting color,” Leitgeb said.

“It’s well done artistically. This artist has very creative ideas. I like the way he uses his techniques a little bit differently, they’re stylized in some of them, and I like the use of color for all of them…The works I see here are pretty bold,” senior art major Bianca Nonnenmacher said of Leitgeb’s work.

Leitgeb’s work is also a reflection of the diversity among artists at VWC.

Leitgeb started playing music when he was nine years old. He can play the guitar, drums, piano, bass and ukulele. He also sings and has a talent for writing his own lyrics.

“Lyrics usually take something to inspire them, unlike when I paint,” Leitgeb said.

If Leitgeb had the opportunity to do anything within the music industry, he said, he would one day like to open a recording studio.  Like art, he would also want to do music professionally.

Leitgeb stated he likes every type of music and has loved music since he was a kid. It’s something that he has grown to love even more throughout his lifetime.

“It all started when I was hanging out with him [Leitgeb] and some of his friends and I saw some of his paintings. I heard his music when we were watching his music videos and he was playing his guitar while the music video was playing,” Getchel said.

While watching these music videos, Getchel got the idea to help promote Leitgeb, by using social media and having connections at school, for example.

“I knew that I could help him and not just promote his name or his work, but to also help make him money as well,” Getchel said.

Getchel was amazed by Leitgeb’s work from first sight.

“When I saw his work and how amazing it is, I asked him if he sold his art, or did anything with it besides just keep them, and he said ‘not really, no,’” Getchel said.

Getchel shows a true care for Leitgeb, not only as a manager, but as a friend as well.

“I did see that he was really talented and could do more with it than he currently was, and I know I used to not see potential for growth in things that I did, and as his friend I wanted to see his work grow,” Getchel said.

The two have talked previously about collaborating. Getchel would like to produce a song with Leitgeb.

However, Getchel said, “I haven’t really gotten much into music; I would like to help him maybe organize it. I don’t know if it would be as effective for me to make music with him.”

Students such as Leitgeb represent the future of the art world. If he has done so much this early in life, who knows what else he will accomplish years in the future.