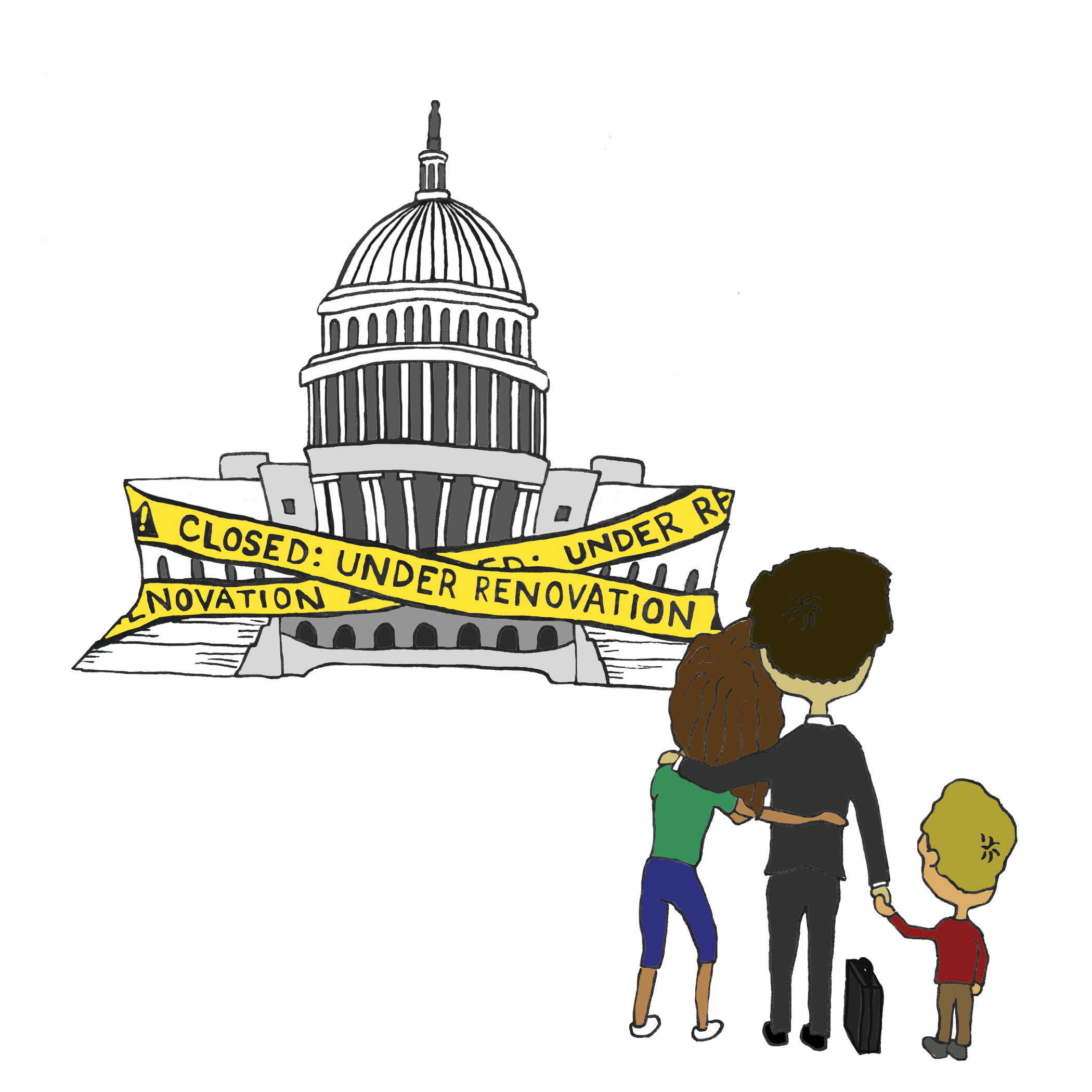 VWU announced that tuition deposits would be waived for furloughed families in the wake of the nation’s longest government shutdown to date. In addition to this, Wesleyan has also implemented a food drive to help furloughed workers and families. Though the government has tentatively reopened for three weeks, Wesleyan has kept the waiver in effect and will continue to collect food.

“Students, faculty, our alumni and our local community have been fantastic,” Director of Wesleyan Engaged Brian Kurisky agreed. During one of the drive’s more recent weekends, they raised $30 in spare change and collected approximately 150 cans of food. More recently, the generous Board of Trustees donor Tassos Paphites donated diapers, baby wipes and food. Kurisky also reported that the drive has received donations from off-campus individuals.

“The event is to raise non-perishable food for local food banks and local military families hit by the recent government shut-down. While the shut-down was resolved, the Chief Petty Officers Association of the Coast Guard has asked that we continue to raise supplies so that they can be prepared in case the government cannot reach a deal on funding,” Kurisky said.

“PKT is excited with how successful our first fundraiser was, and want to do a lot more moving forward. Since we are brand new to campus, it is important to us to get involved as much as possible on campus,” Harrington said. He also added that the fraternity was planning on hosting more community events, such as partnering with a local school or organization to set pu a big brother/little brother service event.

Students, staff and faculty are encouraged to donate non-perishable food items. The drive will run through Feb. 15., the same date the temporary three-week government opening ends. After Feb. 15., the government may remain open or shut down once again. If the latter option comes to pass, the same issues with furloughed families and funding will arise again.

Prospective and current students and their families are advised to call 757.455.3208 or email the enrollment office at enrollment@vwu.edu for more information about help for furloughed families.

“As the effects from the federal government’s longest shutdown in history continue to impact Coastal Virginia and the nation even after a brief, three-week reopening is promised, VWU will continue to waive tuition deposits for families that experienced federal furlough,” President Miller said in a January nota bene.

The Federal News Network estimates that roughly 790,000 households have been affected by the shutdown, and that an estimated $6 billion in wages are owed to furloughed workers. The Congressional Budget Office also released a report that said the shutdown caused a $3 billion economic loss that can’t be recovered. This report and estimate did not take into account indirect effects of the shutdown.

“We know this is a difficult time for many families,” Vice President for Enrollment David Waggoner said in a news brief. “This is a way we can help financially, while also ensuring that a young person’s education is not interrupted.”

The shutdown has also affected construction on campus. In the same nota bene that announced the tuition waiver, President Miller revealed that construction on Oxford Village has been stalled, as the project is funded by the U.S. Department of Housing and Urban Development (HUD). Although funding has been recovered for the three weeks the government is open thanks to a stopgap spending bill U.S. President Donald Trump signed, the same funding problems will arise again for government agencies if another shutdown occurs.

Additionally, two winter session travel courses were cancelled due to complications that arose from the shutdown. The students enrolled in “Metrology: Measurement Science,” one of the courses, were unable to travel to the National Institute of Standards and Technology in Washington, D.C., as it was closed for the duration of the shutdown.

The shutdown was originally caused after President Trump and Congress failed to pass federal funding bills in late December. The most important discrepancy was centered around President Trump’s demand for $5 billion to fund a U.S.-Mexico border wall. Though 75 percent of government funding was approved in Oct., the remaining 25 percent was stalled until an agreement could be reached. The shutdown cut off spending for nine of the 15 cabinet-level federal departments, which include the Department of Homeland Security, the Justice Department and the Transportation Department, among others.

This was the longest government shutdown in U.S. history, spanning over 40 full days. Previously, a 21-day shutdown in Dec. 1995 held the record of longest shutdown, followed by a 17-day shutdown in Sept. 1978 and a 16-day shutdown in Oct. 2013. There have also been shutdowns of less than ten days in 2018, 1995, 1990, 1983 and 1982. Funding gaps were reportedly common in and before the 1970s, although the guidelines stating that funding issues should lead to a government shutdown weren’t passed until the 1980s. More information on past government shutdowns can be found at https://www.washingtonpost.com/news/wonk/wp/2013/09/25/here-is-every-previous-government-shutdown-why-they-happened-and-how-they-ended/?noredirect=on&utm_term=.02b57aa536ba.