Feminism: I think we pretty much get the idea by now. However, there seems to be a bias in the media when it comes to the portrayal of feminism. While all outlets and platforms to promote the idea of feminism are constructive, it seems as though white celebrities get the spotlight over black celebrities. If that doesn’t cause problems in the fight for equality, then I don’t what does (disclaimer: I will be covering more than just feminism to get the point across).
Over the past couple of years, feminism has become a beacon in our society. Celebrities are finally identifying as feminists, making statements on social media outlets and using their platforms to get the idea across. But it becomes a problem when we only see white celebrities taking this stand when celebrities of all races are doing the same.
In a sense, it comes down to representation. Who are these white celebrities appealing to? Probably the white youth that is following them. Sure, some black girls or Asian girls can look up to this celebrity too, but where is their representation? Where is the black or Asian role model telling them they matter and are equal? Well, they are there, but the media is whitewashing the feminist movement by allowing them to slip under the radar.
Let’s take a look at some key examples. Do we remember the VMAs that just took place? Remember Miley Cyrus’ insane antics and wild outfits? Well, what I remember is Miley Cyrus donning dreadlocks instead of her short blonde hair. But I don’t have a problem with that. I know plenty of white women who have dreadlocks. Some people call it “cultural appropriation,” but to each his own. My problem with this is that people considered her edgy and creative while, earlier this year, Zendaya (a half-black, half-white female) was criticized for donning dreads, and was told she smelled of “patchouli oil and weed.”
Zendaya is just one example. Nicki Minaj, the Trinidadian rap queen is probably one of the most influential people in the feminist movement, so why is she constantly painted in a bad light? She advocates for positive body images for people of all shapes and sizes, for girls to stay in school, for men to be self-sufficient and for equal love. However, the media portray her as an angry, sex-crazed and drug-using female. If we could, again, recall the VMAs when Minaj called out Miley Cyrus for trash talking her to the media. She wasn’t praised for standing up for herself, she was criticized for being an enraged and crazy black woman.
Let’s talk briefly about Caitlyn Jenner. Yes, she made a brave choice and is using her platform to promote transgender awareness. However, we cannot call her the face of the transgender movement when so many have been here before her (aka Laverne Cox), advocating the same thing. Jenner now receives the spotlight and praise for doing what she should be doing, but we’re now ignoring these other advocates in favor of her.
My last example involves Viola Davis, who just won the Emmy for Best Actress in a Drama Series (a feat never before accomplished for black actresses). Her acceptance speech touched on how black actors and actresses need to be equally represented in TV and movie roles. And can you guess? She was attacked for focusing on black actors when “all actors matter.” In reality, she wants black actors equally represented in the same field that has praised and raised white actors. Equal representation sounds a lot like feminism doesn’t it?
The lack of representation in the feminist movement is pretty upsetting. We need role models like Zendaya (who actively promotes equality and representation), Nicki Minaj, Laverne Cox and Viola Davis to speak up and talk about equal opportunity and equal representation. Yes, we need the white female celebrities, but our view on feminism should not rest solely in their hands. We need to strive for a more equitable society, but we cannot do that when we continue to whitewash the world. 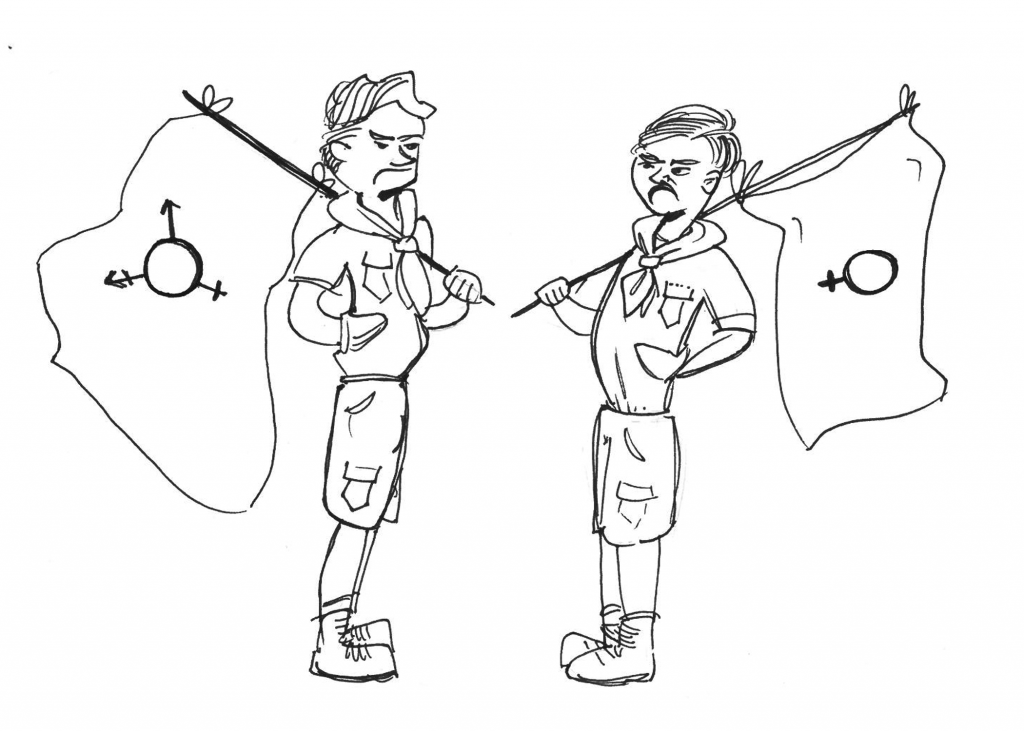