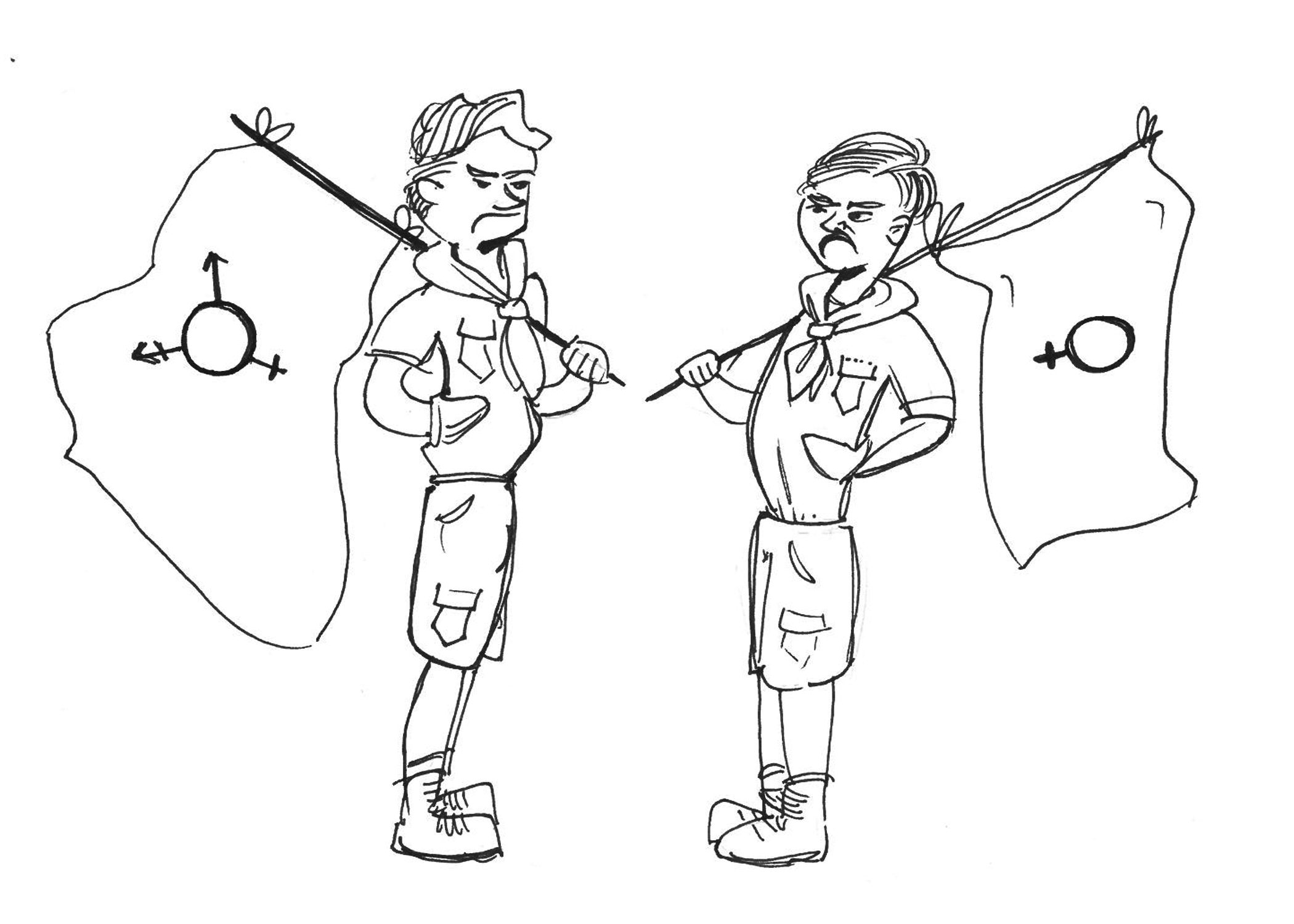 My freshman year, I wrote an opinions piece for the Chronicle titled, “A scout is tolerant.” The piece was about how the Boy Scouts of America (BSA) was becoming more progressive by allowing openly gay boys into scouting. Three years later, I am writing yet another piece about the progression in the BSA. This time it is about their new policy on transgender boys.

For an overview of the case, visit the news section.

Many conservative groups have criticized the BSA, claiming that they are giving into peer pressure from the LGBTQIA community and that they are trying to be “politically correct.”

As a former Eagle Scout, I applaud the BSA for going through with this. I feel that this new policy is more inclusive and more relevant with the times and will help the BSA grow.

The purpose of the BSA is to teach boys how to become productive and responsible members of society. The BSA teaches skills such as leadership, camping and community service. To put it plainly, the BSA turns boys into men.

I know that scouting has made me the man I am today. I believe that all boys should have the opportunity to be a Boy Scout, including boys who are transgender. Allowing transgender boys into scouting is allowing these boys a new window of opportunity. They can go backpacking at Philmont Scout Ranch, scuba diving at Florida Sea Base or canoeing at Northern Tier. Better yet, they can earn the rank of Eagle Scout. The Eagle Scout rank is scouting’s highest honor. Being an Eagle Scout can help with getting into college and finding a job. Famous Eagle Scouts include former President Gerald Ford, filmmaker Steven Spielberg and former Mayor of New York Michael Bloomberg.

There has been some criticism of this new policy. People have asked why transgender boys can’t join Girl Scouts or how they could allow boys and girls to go camping together. What a lot of people don’t realize is that there is a difference between gender and sex. I myself did not learn this until rather recently. You see, sex is biological, whereas gender is cultural. A person could be born a male, but have the emotional characteristics of a female and vice versa. So while their sex is female, their gender is male.

While I am sure that the Girl Scouts would accept them, it would not be appropriate for a transgender boy to be a Girl Scout because he is not a girl. In regards to camping together, I am sure that the troop will work with the individual scout and his parents to best accommodate them. He could have his own tent or share a tent with his parent. It could very well be that he shares a tent with another scout, just as long as the other scout and his parents were comfortable with it. I do believe that the troop should be made aware if a scout is transgender. This is not to call him out or to label him as “different,” but simply to help the troop accommodate him and avoid any surprises.

The BSA has often been criticized for being too conservative or too Christian. By becoming more diverse, they will encourage more boys to join. It can only help the BSA grow. Why wouldn’t they want to become more inclusive?

I am excited for the future of the BSA. I know that if I ever have a son of my own, he will be part of a more inclusive and progressive BSA.