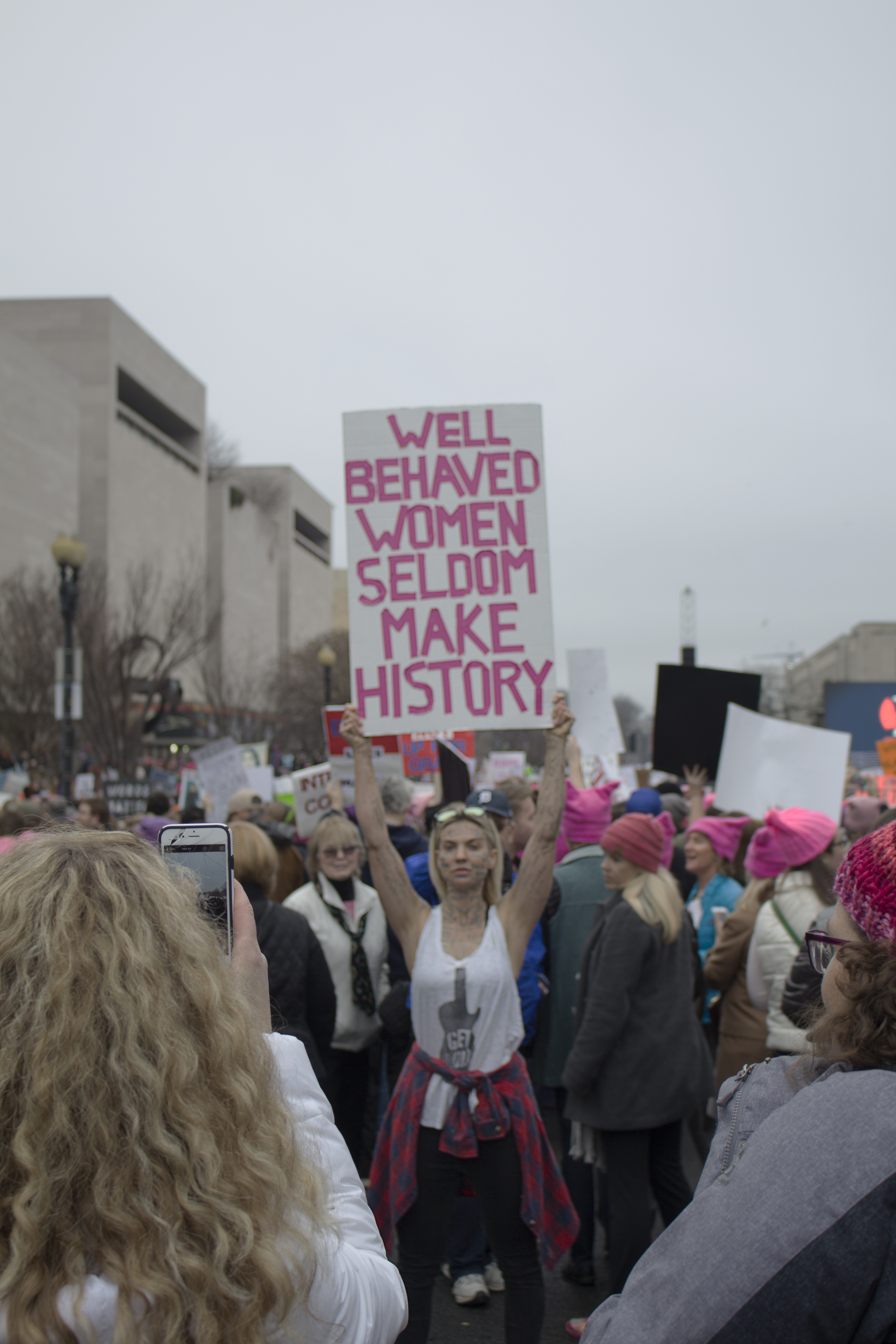 What is feminism? I find myself asking this question a lot. Though I personally identify as a feminist, I sometimes have a hard time settling on an exact definition.

I found myself questioning it a lot more than usual while packing my purse at 4 in the morning to get on a charter bus to head to our nation’s capital for the Women’s March on Washington on Jan. 21.

I had never been to D.C., so it was pretty surreal that my first time going was not to take pictures in front of the White House or check out the museums, but to fight for equality with women whom I look up to as friends, professors and role models.

I didn’t know what to expect when I got there. We arrived at a rolling stop because on this day, the capital was not “bus-friendly.” Little did I know, I was about to be surrounded by 500,000 men and women with their “pussyhats” and their signs up the escalator from the metro onto the main roads to make history.

Walking to the march felt like a feminist’s version of Main Street USA at Walt Disney World. I didn’t want to run in and get overwhelmed by my sensory feelings. I walked slow, taking in my surroundings with my phone in hand capturing what I was seeing. I saw excitement, rage and battle-ready attitudes marching into war. I heard female cops telling marchers to “march for them today.” In the cold weather, I felt warmth from the crowd as we got to a halting point nowhere near the celebrities speaking on stage.

I saw other people annoyed by this fact. But it was in that moment that I realized why I went to the march. It wasn’t to hear celebrity views of why we were there. I heard the voices of people from a spectrum of different perspectives of life and what they were fighting for.

I saw very humorous, uplifting and sad signs expressing the reasons why they were next to me. I saw journalists scrambling to absorb the battle cries in order to depict an accurate story for their readers.

What I witnessed, simply put, was a community of activists fighting toward a goal in a very peaceful way. It was pure bliss being around other people who were so friendly and willing to have engaging conversations about what is happening in our country and what needs to be fixed.

I then got back on the bus. After falling into a very-much-needed sleep, I woke up to see the news playing on the TV, where there was a table of experts talking about the march, including just one female.

This discouraged me. I spent the day fighting for equality for women but I didn’t feel that my voice was heard.

Rome wasn’t built in a day. Equal rights for all genders, races and sexual orientations have not happened nor will happen overnight. This march was a step in the right direction and a call for action.

Since the march, I have done a lot of reflection. I no longer ask myself what feminism is. I no longer wonder why I am a feminist. The Women’s March on Washington and the 600 solidarity marches across the world mean something different to each person who participated. For me, the march was a confirmation that I am a proud feminist and that my energy can be focused into something bigger than just me and that it can be intersectional.

Let the march be a reminder that every time you express your views, you are symbolically marching and letting your voice be heard. No matter if you agree with my voice or not, make sure your march is constructive and productive.