The celebrity world has never been practical or even somewhat conventional. From what they wear to what they do, celebrities make sure they stay relevant at almost any cost. Even when a public move seems like it should harm their reputation, it only boosts them higher in their world. Honestly, it’s more fun for us peasants to vicariously live through our favorite celebrities than make the same mistakes that they do. I couldn’t imagine getting myself into half the situations I see floating around on social media. I admit, I love watching the crazy messes that the Kardashian-Jenners find themselves in, even if they are the most annoying specimens TMZ has ever reported on. There seems to be a new controversy brewing everyday among members of the “Famous for Being Famous” club. Lately, there has been something in the celebrity world dominating my news feed: controversial romances.

Let’s start with a recent budding relationship: Sofia Richie, daughter of Lionel Richie, and Scott Disick. Now, if you don’t really recognize Disick’s name, or have been living under a rock/don’t use social media, he is a member of the ever-so-pure Kardashian clan. Disick is Kourtney Kardashian’s ex-boyfriend. Kourtney is known for being the boring one in the family. She and Disick have three children and officially broke up in 2015. Some may call Disick rude, but I consider him to be the snarky and quick-witted one of the group. I have never watched the heinous show, “Keeping Up with the Kardashians,” but I have seen so many videos of him that he became my favorite.

Back to Sofia and Scott, earlier this year they were connected after his tryst with former Disney starlet Bella Thorne in May. Sofia adamantly denied any romance between her and Disick, saying they were just “homies.” Via social media, Sofia said she was, “Focusing on friends, family, and work. #againrelax.” However, rumors started three months later when the couple was seen walking arm in arm. Now, the couple is now “Instagram official (a big deal, so I’m told)” and doesn’t hide their PDA. It’s everywhere. On social media and in magazines, the couple is seen in varying degrees of physicality, from hugging to full-on making out. Nowhere is safe! Now, Sofia’s father is expressing his concern.

First of all, there is a 15-year age difference between the two. That’s a lot, especially if you consider the fact that he has three children already. I usually don’t think twice if someone is even five years older than someone they are dating, no matter the gender. But three times that? I don’t know. It doesn’t sit well with me in the slightest. The saying that “age is just a number” is concerning to me. Sofia is the third teenager that Disick has dated, and this seems like a cry for help. Newsflash Scott, all teenage girls seem to be interested in nowadays is how many followers they have on social media, lip liner, and trying all of the Starbucks’ limited edition Frappuchinos.

It seems to make anything controversial in Hollywood, it has to involve either nudity or age. Luckily for “Modern Family” star Ariel Winter, she’s got both going on. Winter has been criticized for her revealing clothes and social media posts, especially due to the fact she is a role model for kids watching the family sitcom.

If Chrissy Teigen is one of the top stars to clap back at haters, Winter is right up there with her. The 19-year-old frequently defends her actions while promoting feminism, self-love, and positive body image. While Winter is dating Levi Meaden, a man 10 years her senior, that’s not the issue most has with her. Believe it or not, it’s the fact that she moved in with him last year. Disparagers say she’s moving too fast with her boyfriend. If it’s not illegal or destructive to a woman’s health, who are we to dictate her relationship? Everyone moves at their own pace, and that’s perfectly fine. Only when the situation becomes a detriment to their well-being is it appropriate to intervene or even comment. Does she appear to be abused or forced? No, she seems happy. Seeing how she’s still dealing with legal and emotional distress from her mother, it’s good to see her happy for a change.

It seems like most relationships in the world of Louboutins and summer homes only become a tale of caution when they involve age. It used to be more shocking if the couple was interracial or same-sex. Today, that is the norm. When the relationship teeter totters on the thin line of a huge age gap, there’s always a bigger picture to become aware of. I’m not saying there’s anything wrong with a big age gap between partners, so long as the intentions are clear. If one of them is a teenager, that’s when it becomes an issue. 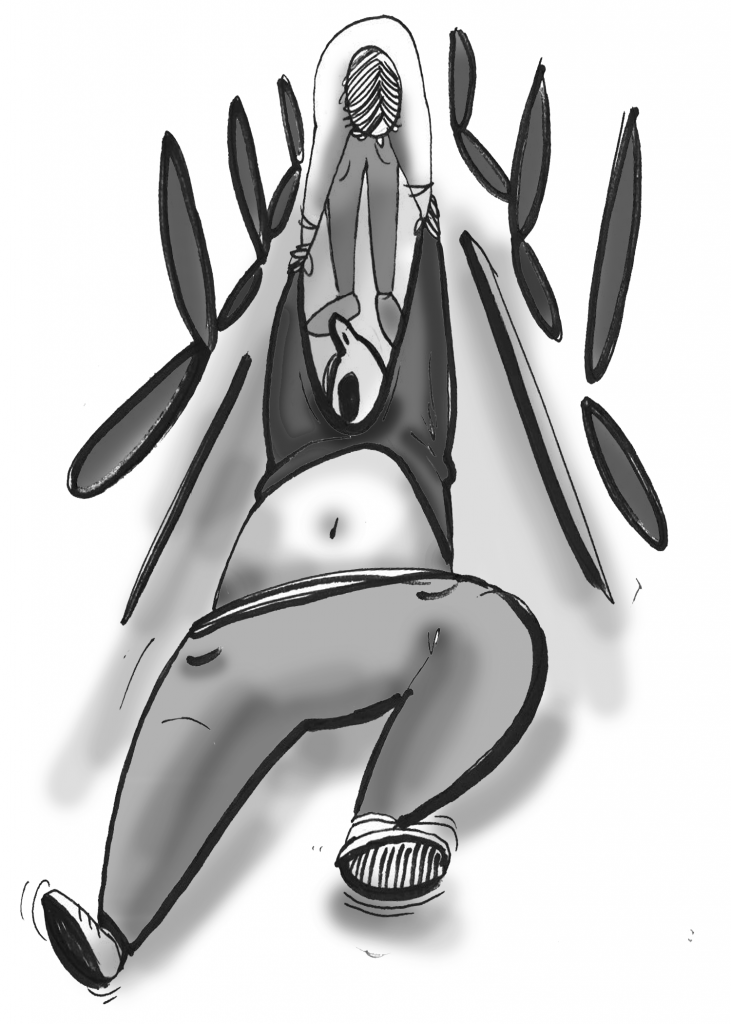