Wesleyan is no exception to nationwide presence and use of illegal substances and alcohol on college campuses. We take a look into what policies are being broken here and the actions that are taken against violators.

In popular media, consuming large quantities of alcohol, partying to the point of being incoherent and using illegal substances has become something less taboo and more synonymous with having a genuine college experience. These messages make it seem like alcohol and drugs are the gateway to being popular, happy and a part of something beneficial. However, sometimes these messages don’t show you what can come after; that is, how these things negatively affect colleges all over the nation. Even Virginia Wesleyan isn’t safe from the influence of illegal substances or the dangers of them.
“[Alcohol is] what necessitates virtually all of our medical transports,” said Assistant Director of Residence Life Phillip Boyd.
Besides dealing with alcohol related accidents, there also seems to be a problem with marijuana. In the fall semester of 2012, there were 15 students who violated the campus drug policy.
“All [15 cases] involved marijuana,” stated Boyd.
Some students and faculty members think that the use of drugs and alcohol has gotten way out of hand. The matter is so serious that they are at the point of preferring a campus community without them.
“I would much prefer a campus that is more towards smoke-free,” said junior Dayna Rhodes. “Alcohol induces stupors and humiliating acts, and it’s really no good to anyone. It causes a lot of accidents, especially when teenagers are just coming out of high school.”
“Personally, I feel like it shouldn’t be allowed on campus, even if you are 21,” said sophomore Chantel Sills.
In order to combat the use of drugs and alcohol, the administration has policies and service opportunities set in place. If a student is caught in possession of drugs, they will put through a two-strike system.
“For the first drug policy violation, with some extenuating circumstances, a student would receive basically everything we have short of being suspended,” explained Boyd.
According to the drug policy, student violators would go through three probation levels: alcohol, conduct and disciplinary. A student with alcohol probation is prohibited from drinking, possessing or being under the influence of alcohol, and any violations would result in suspension. Conduct and disciplinary probation usually last for one or two semesters. In this instance, the student’s parents would be notified and copies of the hearing would be placed in the student’s folder.
Disciplinary is more serious and usually administered by the Community Arbitration Board. If a student commits any more violations while under disciplinary probation, the student could either be suspended or completely dismissed. If related, students can also receive drug probation. If a student is found using, possessing or being around drug paraphernalia or illegal substances, they will either be suspended or dismissed.
Besides probation and other sanctions, there are also service opportunities that students complete along with their sanctions. Campus work service is a disciplinary measure assigned through Residence Life and Village Council. Through this program, students participate in a wide range of tasks that benefit the on campus community.
While there are school imposed policies, we also maintain to uphold VA laws on alcohol and drugs.
According to state and federal laws, the minimum age for having possession of and consuming alcohol is 21. If you’ve violated this law, your license will be revoked for seven days if you refuse to take a breath test or if your blood alcohol content is 0.08% or higher. Also, you won’t have the option of requesting a blood test for any alcohol-related offenses. Possession of marijuana leads to up to 30 days of jail time and/or a fine of up to $500. When the student is faced with the charge of sales/distribution, he or she could receive 12 months to 30 years of jail or prison and/or a $1000 fine, depending on the amount of marijuana found.
When other drugs are involved, police officials classify the obtained drug into Schedules I, II, III, IV, V and VI. Once a drug has been identified using the definitions of the schedules, the person will be charged for that scheduled drug. Having possession of any scheduled drug will give you 6 months to 10 years of jail or prison. Along with your jail or prison sentence, you may also receive a fine, ranging from $250 to $2,500. With a sales/distribution charge, you could receive up to 40 years jail time and/or a $2,500 to $100,000 fine.
In addition to following state laws, there are always faculty members who are willing to help when it comes to dealing with drugs on campus. In order to deal with these issues, they must be prepared.
“As an administrator, I am open to hearing complaints about any and all activities that may violate the student handbook or academic policies or federal and state laws,” said Vice President of Academic Affairs and Dean of the College Timothy O’Rourke. “[Because of] any issue that runs in file of these policies, I have to be prepare to receive the complaints and to take appropriate actions.”
Encountering drugs will most likely be one of the many expectations that students have when they come to college. Precautions and consequences will only go so far; it is up to the student to make their own decisions. However, bad choices never go unpunished. Knowing the policies and ramifications of these choices can aid in a successful college career. 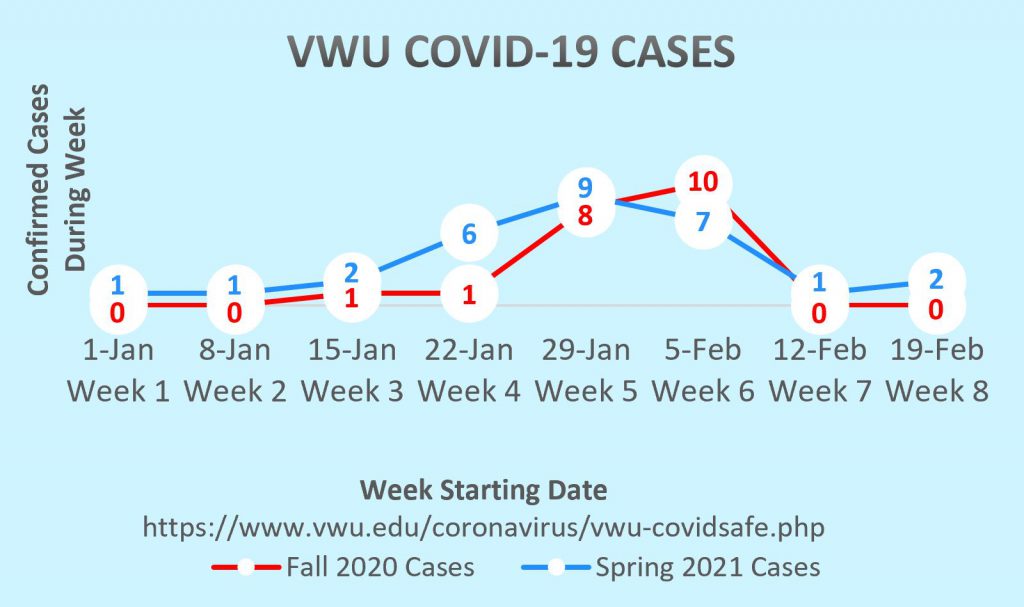