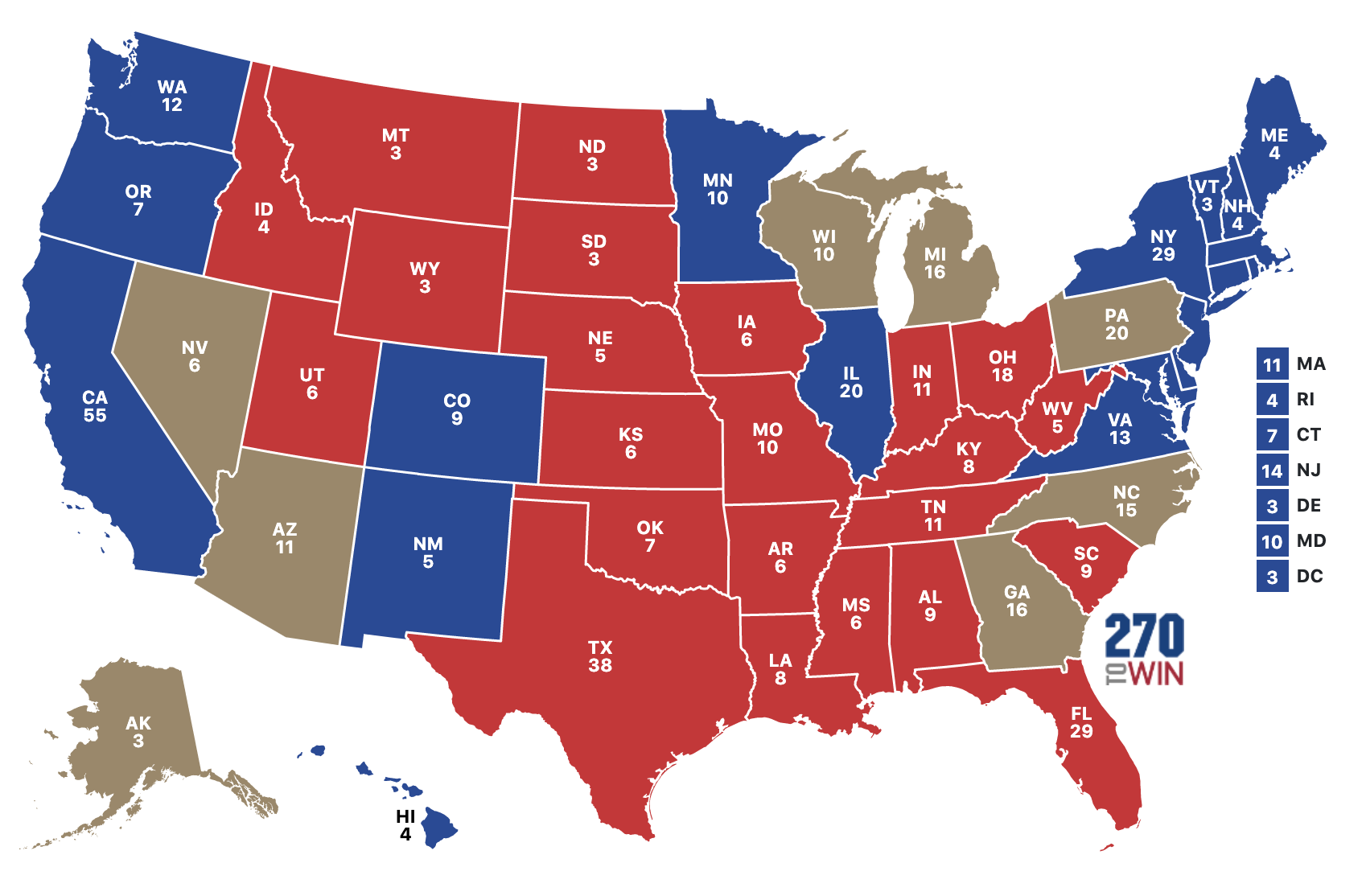 As of 10 a.m., Nov. 4, it still has yet to be determined who will next hold the Office of United States President.  Election Night saw election results pour in from all over the country as polls closed. Yet, with the unconventional election cycle and a tight race, it remains unclear who will cross the threshold and win the presidency.

Most of the race’s election results had been decided by this time, per the New York Times. The popular vote indicated a voter turnout of over 135 million, tilting in Biden’s favor (50.1% – 48.2%), separated by over approximately 2.6 million votes. Overall, the called states have Biden sitting at 227 electoral votes versus Trump’s 213 electoral votes. It takes 270 such votes to win the presidency under the Electoral College.

Many key states have yet to be called, and with many late poll closings and mail-in ballot counts reporting, these state races give the country no choice but to wait to decide who is to lead the country for the next four years.

At the close of Election night, the race looked to be Trump’s to win.  His remarks called for an end to ballot-counting, celebrating his campaign’s efforts while condemning the drawn-out election process. “This is a very big moment. This is a major fraud on our nation. We want the law to be used in a proper manner. So we’ll be going to the U.S. Supreme Court. We want all voting to stop. We don’t want them to find any ballots at four o’clock in the morning and add them to the list. It’s a very sad moment,” Trump continued.

Meanwhile, four states also lean in Biden’s favor. Michigan (16 electoral votes), Wisconsin (10 electoral votes), and Nevada (6 electoral votes) tilt toward Biden by less than one point in each of these races, all of which where more than 85% of results have been reported.  Biden’s lead is a bit larger in Arizona (11 electoral votes) by just over 3 points, though recent reports have that shifting closer to Trump.

Biden offered a more cautious tone in his Election Night speech regarding the remaining votes to be counted and was confident that the counting process will be fair. “We feel good about where we are. We really do. I’m here to tell you tonight, we believe we’re on track to win this election,” Biden stated.

He also commented about the need for being patient, “We knew, because of the unprecedented early vote and the mail-in vote, it was gonna take a while. We’re going to have to be patient until… the hard work of tallying votes is finished, and it ain’t over until every vote is counted, everybody ballot is counted,” Biden said.

Voting results have been under immense scrutiny, with pre-election concerns about mail-in ballots and vote tabulation skewing or pushing back the results. With closely-contested races, many states had their results flipped or otherwise delayed.  As of 10 a.m. on Nov 4, all Election Day votes had been tabulated, reports FOX News. Now, as mail-in ballots continue to be counted, Biden appears to be making up lost ground in these races.