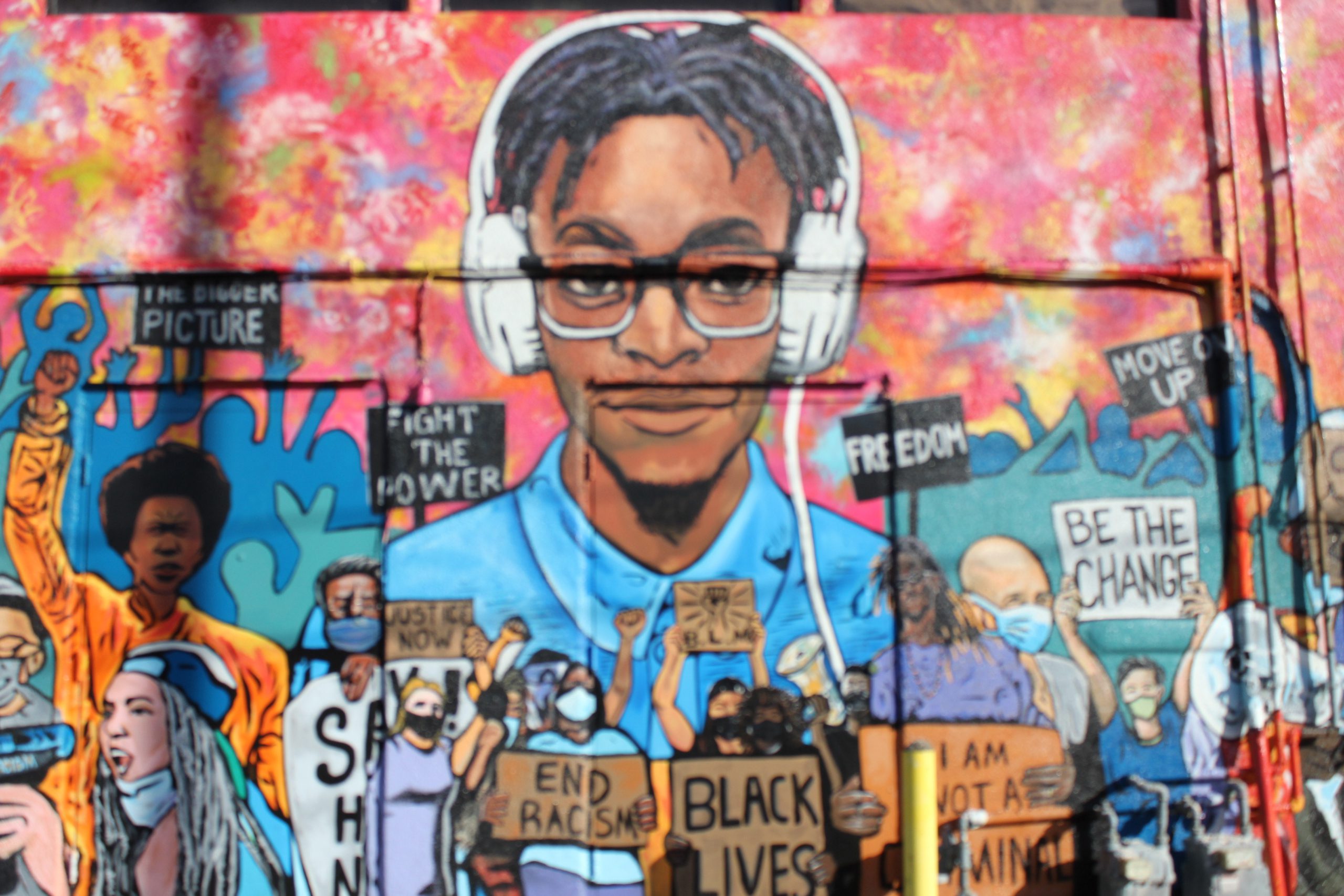 Swirls of all sorts of bold and vibrant colors stood out in the alleyway.  Emblazoned with paint, people wore face masks, held protest signs saying ‘justice now,’ ‘be the change’ and ‘end racism’ while others carried speakers all along the wall.

Clayton J. Singleton, a high school art teacher at Lake Taylor High School, VWU Class of 1994 alumnus and 2018 recipient of the VWU Alumni Service Award, was awarded Mural Artist of the Year by VEER Magazine. Singleton’s latest mural titled “Black Lives More Than Matter,” in collaboration with Granby High School art teacher Nicole Harp, was created to use visual arts as a medium of expression for equality that resonates social justice; especially showing an equal representation of people of color and different backgrounds.

“It was timely and necessary. We were allowed to use our voice, and not just do something pretty. There are a lot of pretty murals around Norfolk, Virginia Beach and Hampton, but not all of them have meaningful or timely messaging. Being asked to create something socially timely was perfect,” Singleton said.

The New Energy Of Norfolk, NEON, provides muralists a unique space in Hampton Roads to exhibit their murals, transforming vacant lots and undeveloped walls into an expressive community bursting with character.  The Downtown Norfolk Council called artists to paint two murals in Norfolk during September.  Harp and Singleton applied to paint in the NEON District and pitched their ideas and design to the Downtown Norfolk Council. The two muralists received a $100,000 commission and began their artistic work on the back of the O.J. Wholesale wall.

Singleton, a figurative artist, and Harp, a natural abstract artist, worked together to blend their two painting styles. The mural combined the two artists’ ways of thinking.“The red created the sound, energy and movement because of the style of work that Nicole is doing right now. We wanted it to be caring, contemporary and today,” said Singleton.

Music played a major role in the creation of, “The Black Lives More Than Matter,” mural. The two high school art teachers incorporated elements of music by choosing the words on the Black protest signs that represent song titles such as, “Fight the Power,” “Move on Up,” and “The Bigger Picture.”

“The relatable element is the headphones. The idea of music ties people, generations and communities together. For me the background is hope, dreams and possibilities,” Harp said.

Clayton added, “The mural has freedom. It has music. It has voice. It has activity. But it also has the narrative.”

Dr. Joyce Howell, VWU art history professor shared that, “Stories bind us together as a society. We cohere and come together around stories. We need narrative stories rather than dry facts. Art speaks to us from another dimension almost and works better than arguments.”

Both art teachers also shared their hopes of the mural inspiring their high school students with the message they want them to get across and to use art as a medium to express themselves.

Harp shared, “They are our future. I hope by us setting the example with art making as the great communicator that we’ve shown for them.”

“Students have the direct ability to help create the world they want to live in. Too often we say ‘this is how it is.’ There’s a certain set of limitations that we’ve been taught to believe in.  I’m hoping that this mural says to them those limitations really don’t exist,”said Singleton.

Howell added, “Looking at a work of art is a perfect way to get a conversation going to permit expansion into the topic of diversity. It’s much more effective than telling the class, ‘Well, class, we’re going to talk about diversity.’”

“Singleton is a visual artist that is poetic in a way of creating not just the literal thing that is represented. He creates things we haven’t seen before because it’s coming from within his perception that he has. This is an artistic achievement. It’s a brilliant award for a brilliant person. If it wasn’t for COVID-19, I would just give him a great big hug,” said Howell.

Locals and first-time visitors can stop by the NEON District of Norfolk on 737 Granby Street by O.J. Wholesale in Norfolk, VA to experience the artistic work of Singleton and Harp. Maybe the next time you visit you will see a muralist at work in the neighborhood. 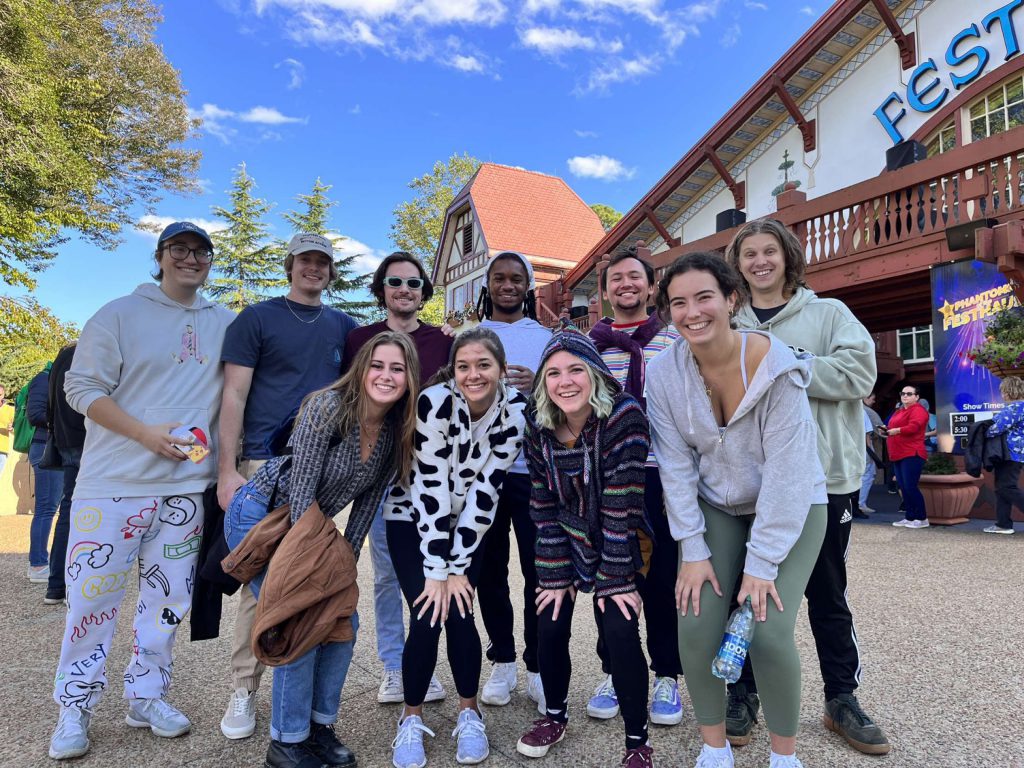 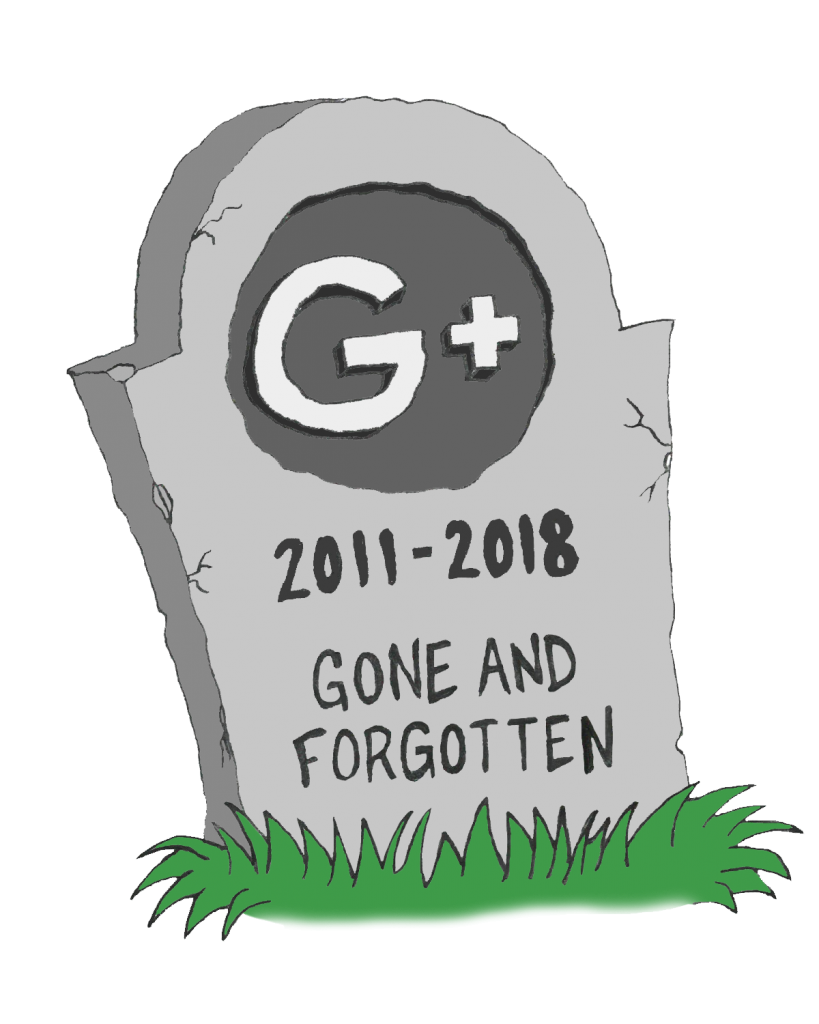