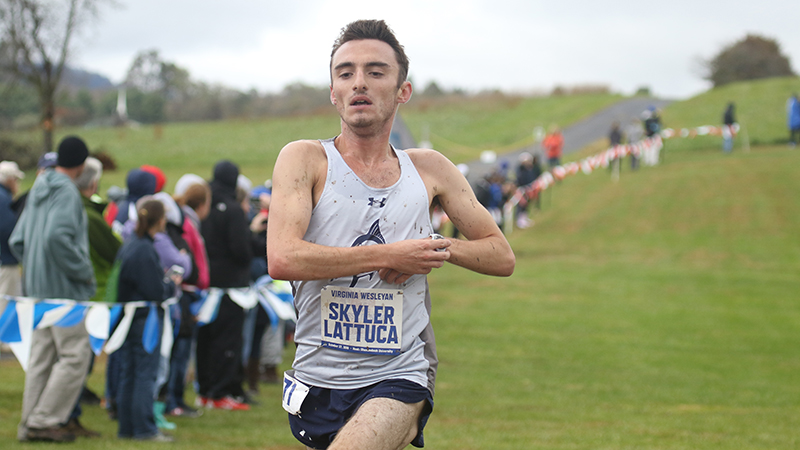 Junior cross country runner Skyler Latucca can’t be stopped. Latucca has done it not once, not twice, not three times, but now up to six times he has won ODAC runner of the week. He has won four times already this year, the first one was on September 3, 2019. The second time was on September 17, 2019 and the third one was on Oct. 08, 2019. The most recent one was last week on Oct. 15, 2019 as a result of him placing first out of 56 runners at the CNU XC Invite on Oct. 12. In his junior season thus far, Lattuca has not placed lower than fourth place.

“I mean, when I got it the first time last year, I thought it was really cool. At this point I’m not sure how it feels now because it’s nice to be recognized and all, but its not exactly true. There are a bunch of other guys that are constantly running, it’s just that we’re all on different schedules. So I just happen to be running while all these other guys aren’t” Latucca said on his feelings towards winning the ODAC runner of the week. What makes Lattuca so special is that “he is a team player. Running is an individual sport and when you are as good as Skyler it is easy to focus on yourself and not worry about the team. Skyler is just as concerned about the last guy on the team as he is about himself.  I think that team element, and the leadership he shows, speaks volumes to Skyler’s character,” Track and field coach Joshua Wilkes said.

If people ever wondered how much cross country runners run, here are some answers. According to Latucca, their week consists of a lot of running. Mondays and Wednesdays they tend to run 10 miles while 5 of those 10 being hard work opposed to mileage. On Saturdays they run 17 miles straight trying to stay under 7 minutes for each mile.

Latucca’s personal record on the 8k is 25 minutes and 12 seconds. A crazy fact about that is that Latucca ran the whole 8k with his shoes untied. “My shoes were flopping around the whole time so without that happening I think I can achieve my goal and break the school record. Which is only about 15 seconds faster than my personal record,” Latucca said. That is not the only goal Latucca has set for himself.  “I’m trying not to jinx it but I would really like to win the ODACs. At this moment I am projected to beat the competition by about 25 seconds but that’s just a projection,” Latucca said. Lattuca is on pace to meet both of his goals. According to Wilkes, every race Lattuca has ran in resulted in him winning ODAC runner of the week. Let’s see if Latucca can keep up this great work.