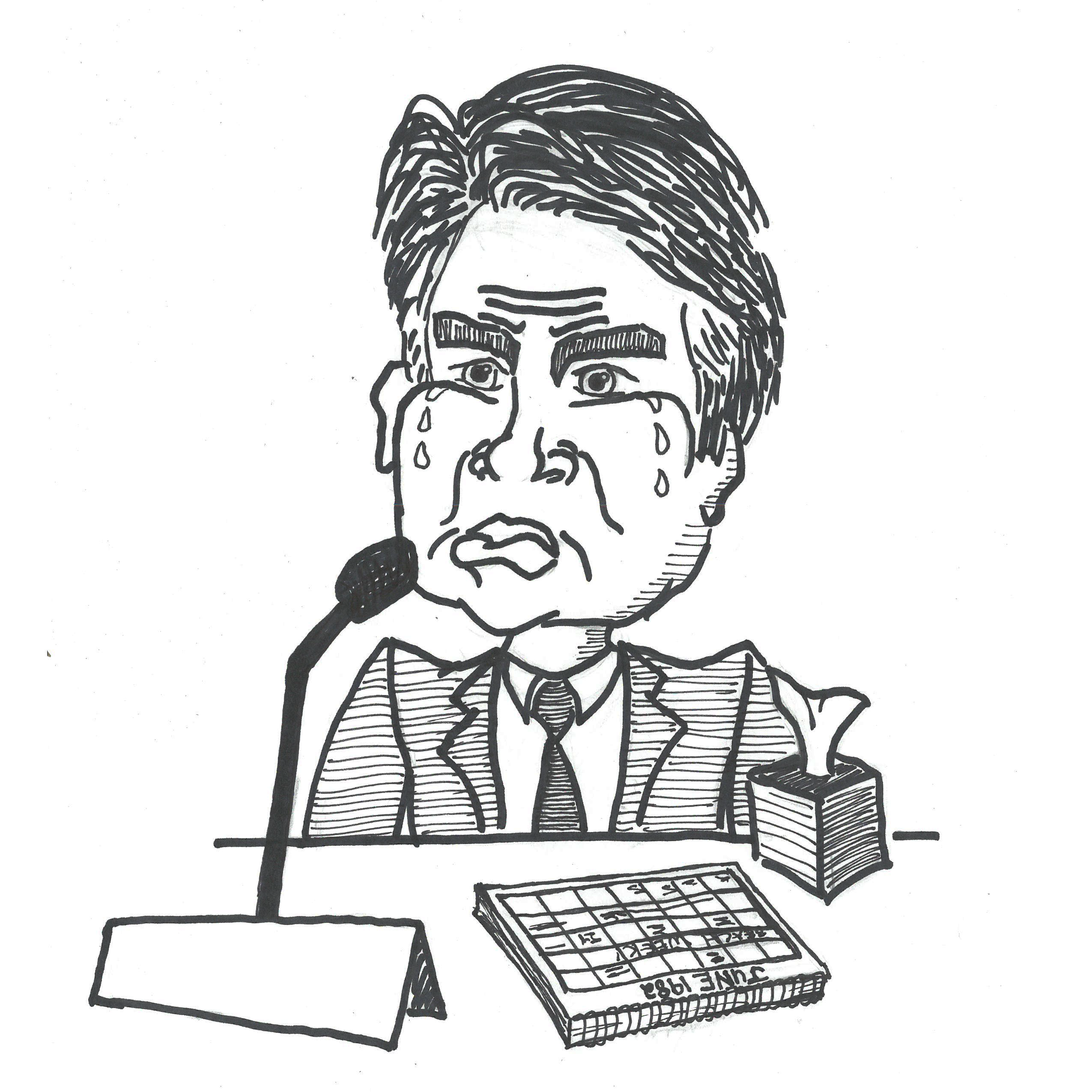 Over the past couple weeks, one name has come to the forefront of news and pop culture, Brett Kavanaugh. Through a series of sexual assault allegations, the character of President Trump’s Supreme Court nominee has come into question. Following a hearing before the Senate Judiciary Committee in which Kavanaugh and one of his accusers, Christine Blasey Ford testified, Kavanaugh was confirmed as a Supreme Court nominee in an 11 – 10 vote. However, there is a catch.

After being fearlessly confronted by a sexual assault victim, Arizona Senator Jeff Flake, stated that he would only vote to confirm Kavanaugh on the condition that the FBI conduct a thorough investigation into the nominee.

Since the FBI investigation launched, looming suspicion has surfaced that Kavanaugh was not entirely truthful in his testimony before the judiciary committee about his relationship with alcohol. A couple of people who knew Kavanaugh during his time at Yale stated they had seen him drunk to the point of blackout. If he was untruthful regarding his relationship with alcohol, that brings into question what other truth he may be withholding. Could he possibly have sexually assaulted the slew of females currently accusing him?

Here’s my view on Kavanaugh’s confirmation: personally, I don’t think whether or not he committed sexual assault while in college is reason to prevent Kavanaugh from being confirmed to the Supreme Court, as long as he is not continuing this pattern of behavior currently. We all do things in college that we regret. Our frontal lobes, which govern our reasoning abilities, are not even fully developed until the age of 25. The question we must ask ourselves when considering the Kavanaugh case is, would you want to be haunted by some of the things you are doing or have done as a college student? Do you want to be judged by actions committed during a period of such intense trial and tribulation?

However, I do not believe Kavanaugh should be confirmed. This is not because I believe he is guilty of sexual assault, but due to the alleged lies he’s telling about his past. I would be able to look past the sexual assault allegations so long as he’s made a shift in his behavior. What I cannot look beyond is Kavanaugh’s willingness to lie for personal gain. This proves that he is nothing but a weasel who is willing to obstruct justice in order to meet his personal goals. We have enough power-hungry bastards filling the seats of our Congress, do we want such people filling the seats of our Supreme Court as well?

Additionally, there are individuals calling for a time limit to be placed on the FBI investigation due to fear of it becoming a “fishing expedition.” However, I personally think that great time and care should be taken when looking into Kavanaugh’s past. The stakes are high in this case, since individuals are placed on the Supreme Court for life, or until they choose to retire. Ultimately, if a wrong choice is made regarding Kavanaugh, we could be living with the consequences for the next 50 or more years.