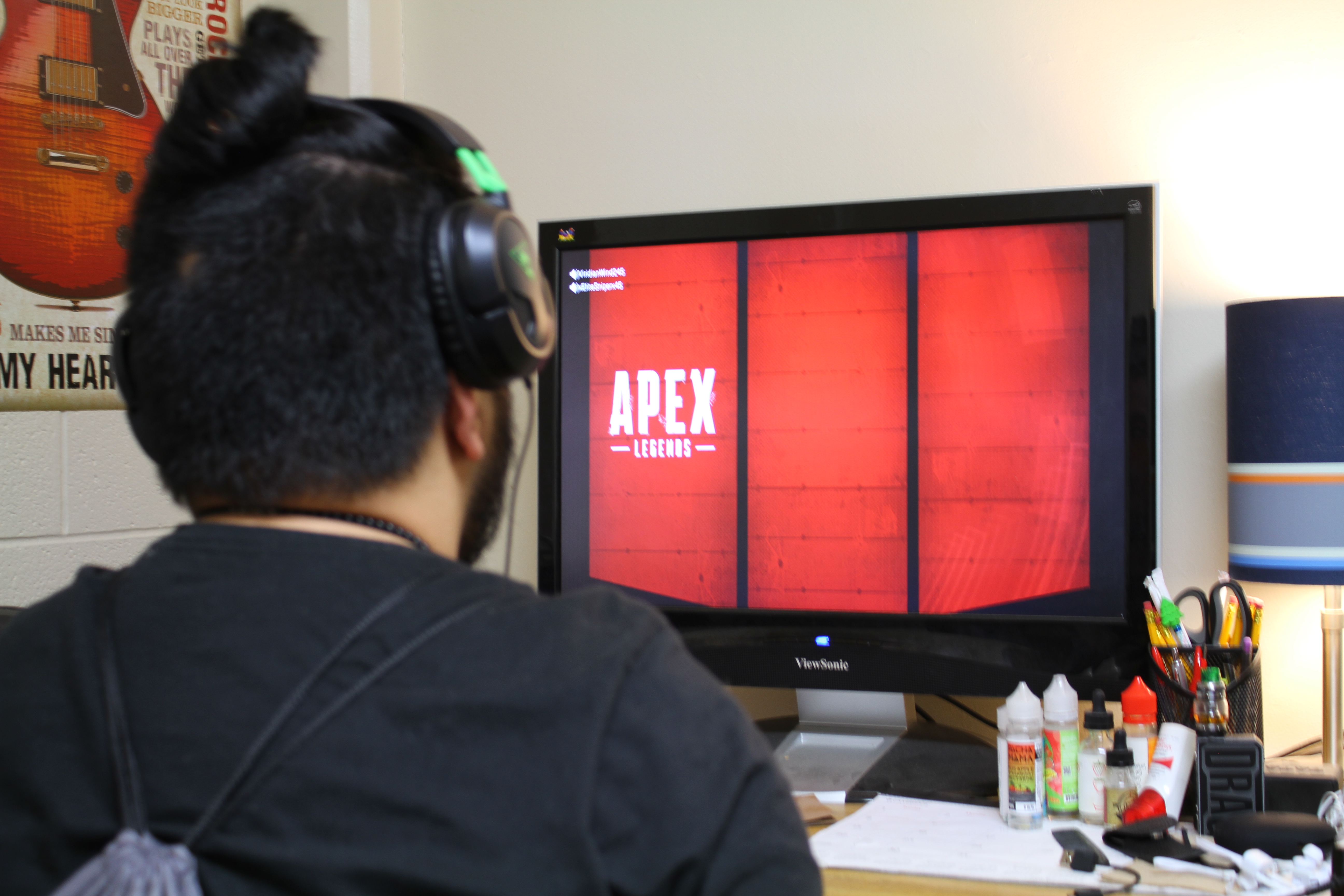 Battle royale games have been a popular genre for games this past year or two. With games like PUBG and Fortnite being the forefront of the genre, the genre has been rapidly increasing in popularity and relevance. Of course, with the rise in popularity for Fortnite and PUBG spawns various other games that try to replicate the same success and very few games do.

Apex Legends is one of the few games that happened to do just that. Apex Legends has actually surpassed Fortnite in popularity as it has broken Fortnite’s record in Twitch viewership and by three times so.

When you first jump in, the game puts you in a tutorial where you try to play a game. The tutorial goes through all of the game’s mechanicals and is fairly quick. When you finish the tutorial and decide to jump into an actual match, you have to form a group through matchmaking, then you choose a class to play as. Bloodhound, a technological tracker; Bangalore, a professional soldier; Caustic, a toxic trapper; Gibraltar, a shield fortress; Lifeline, a combat medic; Mirage, a holographic trickster; Pathfinder, a forward scout; and Wraith, a interdimensional skirmisher. Each class has its own unique playstyles and three abilities, a tactical ability, a passive ability, and a ultimate ability.

After you and the other two members of your squad choose your classes, you jump right into the game. Apex Legends has the usual battle royale formula. You start out in the sky via some sort of air transportation, heading towards a remote island, but this is where some of Apex’s differences stand out a little. Since you are in a group, you can jump out as a group and each member can ping to suggest where the group should land, but only one of the members of the group is designated as the ‘Jumpmaster’. If you feel like you can’t handle the responsibility, you can relinquish your Jumpmaster position to someone else in the squad. For those solo players who want some independence from the squad, there is a jump solo option.

The gameplay is pretty similar to most first person shooters. Sprinting, jumping, sliding, reloading and access to an inventory. You can find weapons, weapon attachments, health items, and armor scattered all over the map. You can also jump up ledges, which is, oddly enough, pretty satisfying. Like all other battle royale games, there is a circle that you have to stay in to survive, eventually pushing everyone who survives in the middle. One of the distinguishing features in the gameplay is the pinging system. You can ping any of the items scattered throughout the map for members who need any items. You can ping enemies and their general location. The only unique part of the gameplay is the revival aspect. If you get killed in a battle royale, usually if you can’t be revived while downed, it’s all over and you start all over or you can spectate, but in Apex, even if you failed to be revived, you can be respawned. When you get killed your loot is dropped, but so is a thing called a banner. A member of your squad can come over and grab your banner. That is the first step, which takes a bit of time to do, so it is recommended you find cover, but after that is done, the teammate must then take the banner to a Respawn Beacon, which must be found in order to revive a fallen teammate.

Apex Legends doesn’t really change or add much to the battle royale genre, but it does spice it up a little. The graphics are nice, but nothing write home about. The game play is pretty much the same except for a few minor things. Overall, Apex Legends isn’t a game changer, but it’s not a bad game. Also it’s free to play, like Fortnite, so there’s nothing for you to lose, except hours of your life, but aren’t you already doing that playing Fortnite?