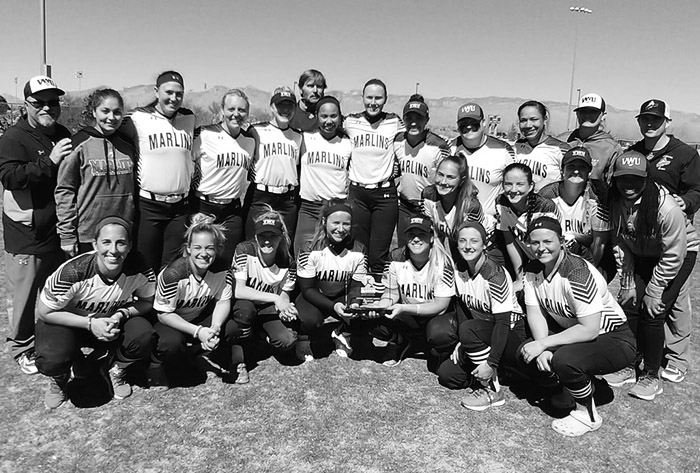 Just days after the Virginia Wesleyan University (VWU) softball team secured a $500,000 gift from the TowneBank Foundation for a complete field renovation, the Marlins flew westward to Arizona to compete in the National Fastpitch Coaches Association (NFCA) Leadoff Classic. The Marlins (14-0), who are currently the top-ranked team in the country according to the NFCA Division III poll, proved to the country they deserve the top ranking after going 6-0 against three other ranked teams and coming back to Virginia Beach with the NFCA Leadoff Classic Championship trophy. Hanna Hull and Amy Large were also honored with NFCA National Player of the Week honors for their efforts for the Marlins. Large was also named to the 2018 NFCA NCAA Division III Leadoff Classic All-Tournament Team.

After an admittedly slow start to the season offensively, the Marlins found their stroke in the Arizona heat led by Large, who credited her success to the overall team approach. “I think what worked was just keeping a positive mindset and taking it one at bat at a time. The fact that the entire team was hitting up and down the lineup (in Arizona) as a unit made every game fun,” Large said.

VWU opened up their slate of games against William Paterson University of Wayne, New Jersey. The Marlins got off to a hot start in the first inning with an Amy Large grand slam scoring Kiersten Richardson, Madison Glaubke and Cassetty Howerin. Senior Alana Peters went on to start the day in the circle for the Marlins. Peters was strong out the gate, striking out the first batter on her way to retiring three of her first four batters and walking just one. The hits continued to come for the Marlins in the second as Large hit a home run for the second time in two innings. The Marlins went on to continue piling on runs. Richardson later added a grand slam of her own in the fifth inning scoring Katelyn Biando, Julia Sinnett and Julia Fassl. Peters went on to have solid day of her own getting the win and finishing with three complete innings of just one hit softball, zero earned runs, and striking out four. Peters was relieved by freshman Carla Hall. Hall finished the day with two complete innings with two earned runs on six hits.

The Marlins wrapped up game one in just five innings with a score of 16-4. The second game of the week for VWU was against #17 Moravian College from Bethlehem, Pennsylvania. Unlike the first game, runs were a commodity in game two. The Marlins ace Hanna Hull started the game giving up a rare home run to the very first batter of the game before quickly settling in.

Hull, who is currently 8-0 with 56.0 innings, 96 strikeouts, and a mere .50 earned run average, did not settle with being named the NFCA National Player of the Year a season ago, but instead looks forward to new challenges. “I’m playing with different girls and it is a completely different season. I try to focus on this year and not dwell on last year’s success,” said Hull, who finished last season with a 32-3 record.

The game continued to be 1-0 Moravian until the bottom of the seventh, where sophomore Madison Glaubke came up clutch with an RBI single scoring Beth Ford to send the game into extra innings. Freshman Kerrigan Simpson doubled in the bottom of the eighth to bring across senior Cassetty Howerin to secure the game at 2-1 in favor of the Marlins. Hanna Hull went on to finish the game with eight complete innings of five hit ball to go along with 10 strikeouts.

The Marlins next matchup would be against #13 Texas Baptist University of Marshall, Texas. The bats once again came out hot for the Marlins as Howerin’s double in the first inning brought across Richardson for the game’s first run. Howerin’s double was followed by another Amy Large home run. That home run was her third in the Marlins, third game of the week. This time, a three run shot put the Marlins up four in the top of the first. The Marlins continued to add runs throughout the game, including a two-run home run by Jessica Lindsay. Through three complete innings, the Marlins found themselves up nine runs to zero. Texas Baptist showed some fight, however, with a two run home run of their own. That proved to not be enough as the Marlins would add another run in the bottom half and go on to end this game in just five innings. Hull got the win in this one, throwing four complete innings, surrendering just two hits and two earned runs to go along with five strikeouts. Carla Hall came in to finish this one tossing a scoreless fifth inning with one strikeout. The Marlins went on to win their final three games in Tucson with scores of 18-3 over Birmingham Southern, 14-6 over Rochester, and 5-0 over #9 Texas Lutheran.

Senior shortstop Kiersten Richardson came back from the trip like any other road trip and is keeping the focus on the team. “I don’t feel like we vindicated ourselves because we don’t have anything to prove or protect. This is a new year, new season, new everything, but we are still chasing after the same goal (to be National Champions),” Richardson said.

Virginia Wesleyan faces #23 Emory on March 16 at Marlins Park with the first pitch slated for 2:30 p.m. 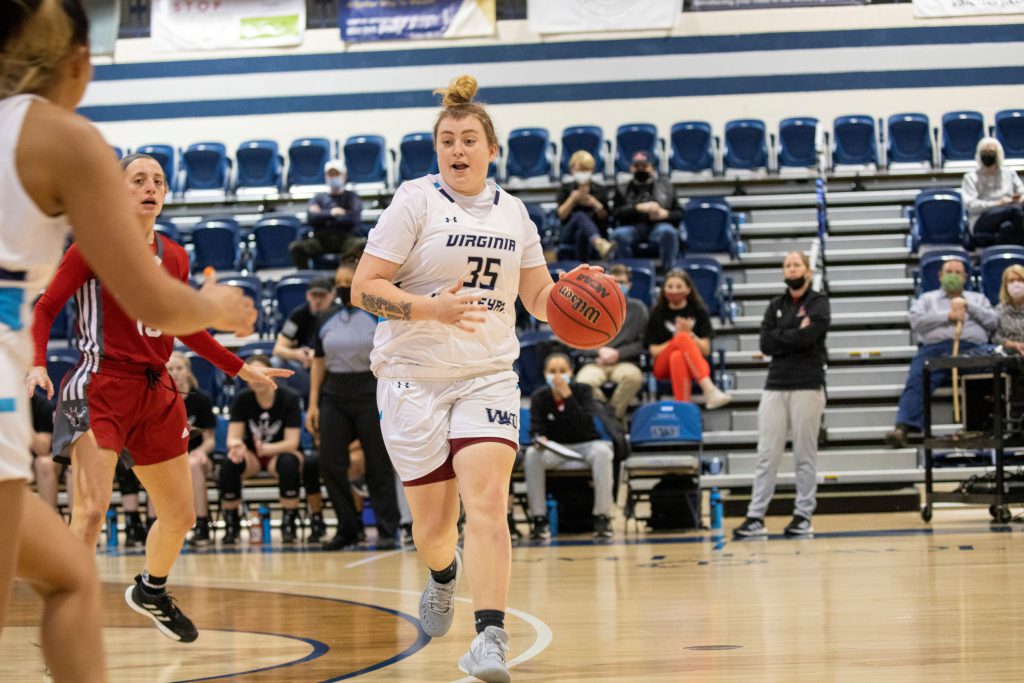